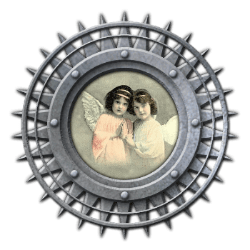 In the pseudo-Dionysian hierarchy of angels, the highest and closest angels to God. The name “seraphim” is thought to be derived from the Hebrew verb…

Where the bloodlines of the Nephilim leave off, the real story just begins. Or does it go back even further than that? The very real…

THE ORDER OF PHOSPHORUS is an initiatory order of practitioners focused on Luciferian and Left Hand Path Magick and ideology. While traditional Cabalists and Magickans…