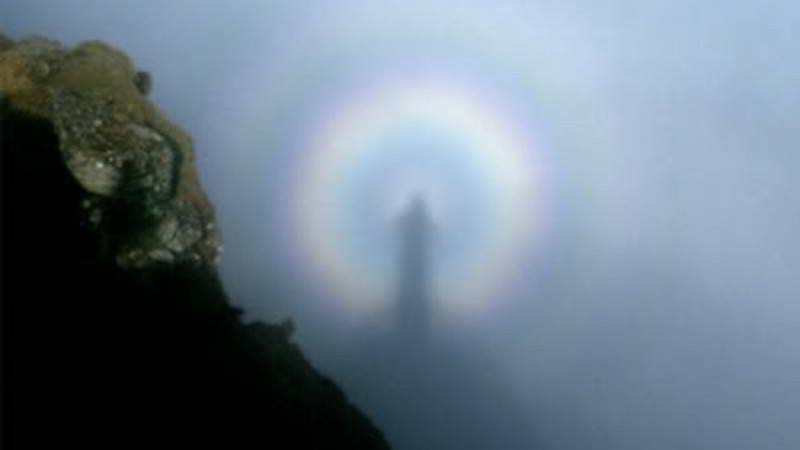 Spectre is a Word that is generally thought to mean a ghost or apparition but among ghost hunters it has become employed to describe hauntings that eventually prove to be explainable or deliberately fraudulent. The most famous example of this is the ‘Spectre of the Brocken’ from Germany.

For many years people were fearful of climbing the Brocken Mountains in Germany in case they met an awesome ghostly figure that was said to loom up out of the mist at unwary travellers. The fear was heightened when photographs were produced that supposedly captured a phantom monk on film.

The photographs were later proved to be fraudulent and in 1818 German scholar Gustave Jordan made several trips to the Brocken and concluded that so-called sightings could easily be explained by a trick of the light caused by the rising and setting sun. Despite this natural explanation the legend of the Spectre of the Brocken still persists in Germany and attracts many tourists to the Harz mountains.