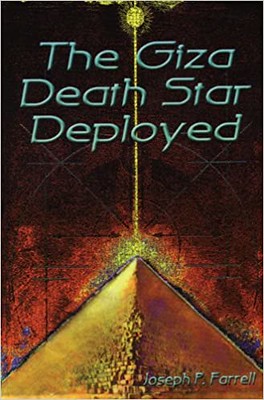 Physicist Joseph Farrell is amazing sequel to ‘The Giza Death Star’ which takes us from the Great Pyramid of Giza to the asteroid belt and the so-called Pyramids of Mars. Farrell expands on his thesis that the Great Pyramid was a chemical maser, designed as a weapon and eventually deployed with disastrous results to the solar system. The Great Pyramid as a weapon! Evidence of the Use of Weapons of Mass Destruction in Ancient Times! The Astonishing Technology used in the Giza Death Star! Evidence of a similar Death Star-Pyramid built on Mars! The mystery of the Asteroid Belt solved! Topics in this amazing book include: