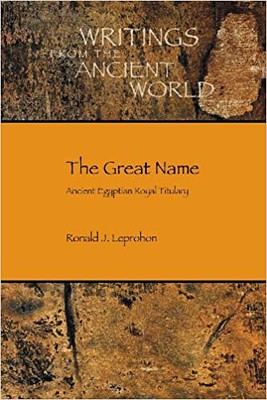 The titulary of the ancient Egyptian king was one of the symbols of authority he assumed at his coronation. At first consisting only of the Horus name, the titulary grew to include other phrases chosen to represent the king s special relationship with the divine world. By the Middle Kingdom (late twenty-first century B.C.E.), the full fivefold titulary was clearly established, and kings henceforth used all five names regularly. This volume includes all rulers names from the so-called Dynasty 0 (ca. 3200 B.C.E.) to the last Ptolemaic ruler in the late first century B.C.E., offered in transliteration and English translation with an introduction and notes.