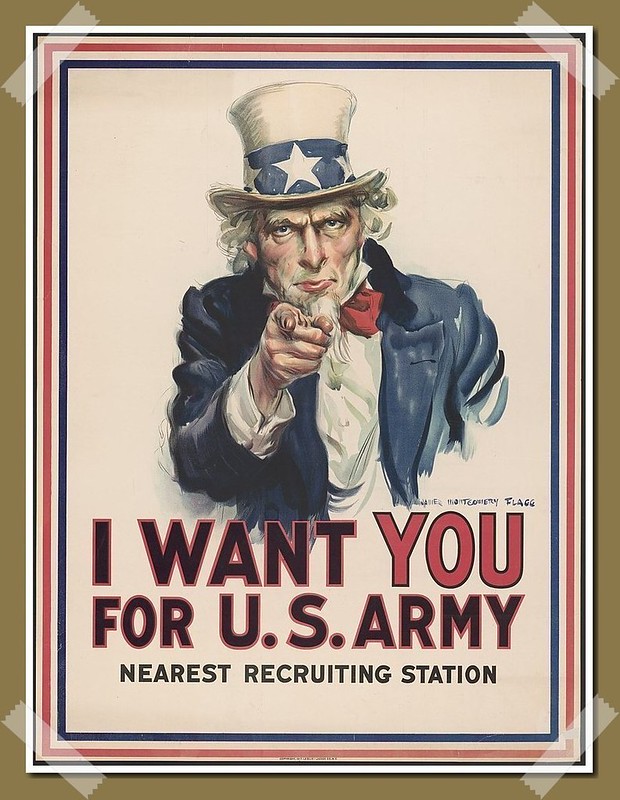 Uncle Sam In American folklore, personification of the United States, portrayed as a tall, lean Yankee with long white hair, chin whiskers, striped pants, swallow-tail coat, and star-spangled plug hat. Originally a derogatory nickname used by New England opponents of the federal government’s policies during the War of 1812, its exact origin is not fully known. According to some accounts, Uncle Sam is based on Samuel Wilson (1766–1854), known as Uncle Sam, a meat inspector in Troy, New York, who worked for Elbert Anderson. When the initials “E.A.—U.S.” were stamped on meat carts, the initials were explained as meaning “Uncle Sam” had inspected the meat. Samuel Wilson died in 1854. His grave is in the Oakwood Cemetery in Troy, New York. Other accounts say Uncle Sam is merely an extension of the initials of the United States. Thomas Nast, a prominent 19th-century political cartoonist, produced many of the earliest cartoons of Uncle Sam. However, many of Nast’s cartoons in fact depict Yankee Doodle or “Brother Jonathan.” It is easy to mistake a Brother Jonathan cartoon for one of Uncle Sam, since both figures wear star-spangled suits of red, white, and blue. The first reported book to name the character of Uncle Sam was written by a “Frederick Augustus Fidfaddy” and called The Adventures of Uncle Sam. The character of Uncle Sam eventually replaced that of Brother Jonathan, a nickname once used for New Englanders and for Americans in general. The single most famous portrait of Uncle Sam is the “I WANT YOU” army recruiting poster from World War I. The poster was painted by James Montgomery Flagg in 1916–1917.