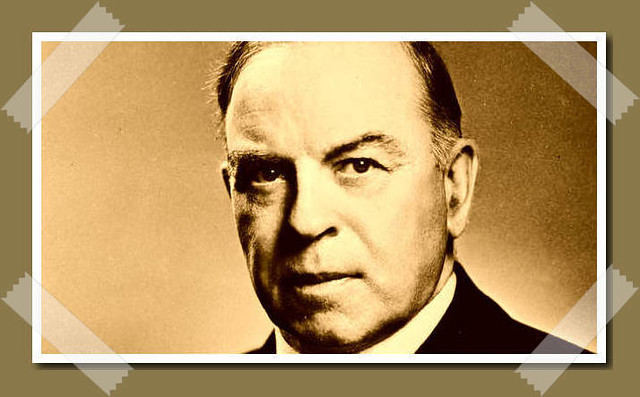 During and immediately following World War I, King’s father, mother, brother, sister, and a close friend died. Like many others, he turned to Mediums and fortune-tellers for spirit messages and guidance. He recorded the details of his efforts in a diary for several decades. During the 1920s, King consulted Rachel Bleaney, a fortune-teller from Kingston, Ontario. On a trip to London, he met with Sir Oliver Lodge and recorded Lodge’s comments on the ordering of human lives by spirit beings and the need for faith on the part of both mediums and sitters.

King reportedly was invited to his first formal Séance in 1932, held at the Brockville home of Mrs. Fulford, the widow of a Canadian senator. He was introduced to the Direct Voice Mediumship of the American Henrietta (Etta) Wriedt (1859–1942), who became his favourite medium. Throughout the rest of the 1930s, King traveled frequently to Detroit to attend additional Séances.

In 1933 he met medical doctor Thomas Glendenning Hamilton at his Winnipeg residence, where they discussed the Hamiltons’ Psychical Research experiments. Lady Aberdeen, whose husband had been Governor- General of Canada from 1893–98, told King that she had received evidence through Automatic Writing of the continued existence of her recently deceased husband.

King had contacted Lord Aberdeen himself through table Rappings. King and his close friend Joan Patteson took up the practice of table-rapping at their residences in Ottawa. They received frequent messages from King’s mother, his brother Max, and former prime minister Sir Wilfrid Laurier (1841–1919). In 1936, King went to London to visit the London Spiritualist Alliance.

In the 1940s, King continued to consult mediums in England, among them Lilian Bailey (d. 1971), Hester (Travers-Smith) Dowden (1868–1949), Gladys Osborne Leonard (1882–1968), and Geraldine Cummins (1890–1969). In addition to his regular attempts to obtain spirit communication, King had been interested in other aspects of the occult since at least 1918, including interpretation of DREAMS, numerology, synchronicity, and the reading of tea leaves. King died on July 22, 1950.

His spiritualist beliefs had been known only to his close friends and colleagues. The professional mediums he consulted had guarded his privacy closely. His interests and activities became public knowledge in Britain’s Psychic News after his death. The story was picked up by Maclean’s magazine and Canadian newspapers, with speculation about how much spirit messages might have influenced his political decisions.

In her Unseen Adventures (1951), Geraldine Cummins describes sittings that she held for a British Commonwealth statesman, who undoubtedly was King. In their initial meeting, his identity had been concealed from her. Cummins was impressed by her visitor’s “realistic and critical analysis of evidence presented by other psychic experiments.

He was far too intelligent to be credulous, and his observations on the subject were to me very instructive.” Two years later, following a second sitting that warned about potential troubles in Asia, the statesman had said that “he made it a rule to ignore advice thus given: he trusted solely to his own and his advisers’ judgment.” King’s personal papers were acquired by Library and Archives Canada.

In 1977, his literary executors made the decision to burn the notebooks in which mediums had apparently recorded their impressions in response to questions King had asked. The remaining records about his spiritualist activities were closed and only opened to researchers in 2001, a full 50 years after his death.

Moral fable by the Persian mystic poet Sadi, in The Gulistan (chapter 1, story 28). A solitary dervish (holy man) was sitting in a corner…