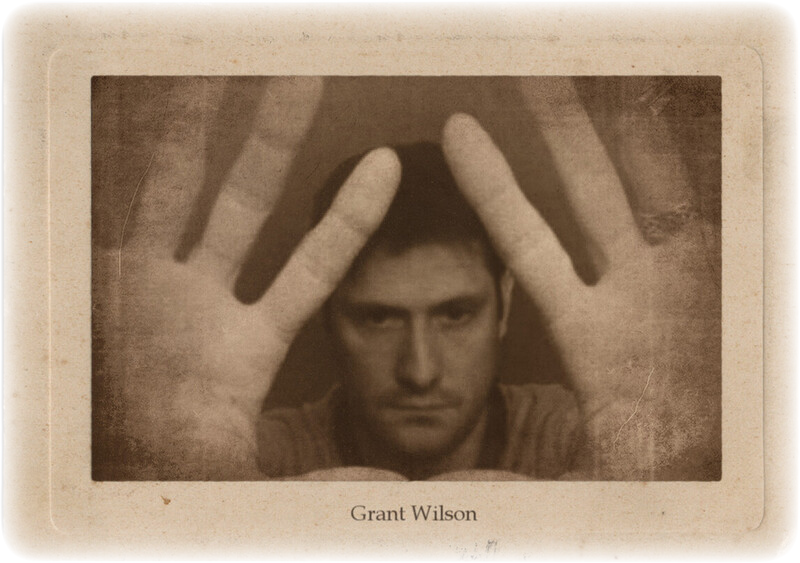 Grant Wilson was born in 1974 in Providence, Rhode Island, the fourth of five children. From childhood, he was interested in the paranormal, fantasy, and science fiction. At 12, he started creative writing, building a world influenced by J. R. R. Tolkien. Since then, he has composed approximately 20 600-page fantasy novels. The first of these is to be completed in 2007.

At age 14, Wilson taught himself to play the piano and composed 10 songs within a year. He continues to compose for the piano, guitar, and orchestra. His first recording of original piano compositions was completed in 2007.

Wilson was 15 when he had an unexpected and spontaneous life-changing experience, which he describes as involving “intense encounters with rare aspects of the paranormal.” The experience lasted on and off for about two years and has recurred occasionally since. He prefers not to discuss the details publicly, saying only that it caused him to think beyond reality. The experience set him on a long search for understanding, a search that led him to Hawes and TAPS. Wilson has yet to meet another person who has had the same experience.

After graduating from high school in Scituate, Rhode Island, he entered Ricks College in Rexburg, Idaho, in 1992. After a year, he left to go to Italy to do church work. For the next two years, he travelled around Italy, teaching English and helping the handicapped. Upon his return to the United States, he entered Utah Valley State College, studying graphic design and psychology. There, he met his wife, Reanna; they married in February 1997. Later the same year, Wilson left college to take a job in information systems in Rhode Island.

In 2001, he accepted a job in Utah. The Wilsons sold their home and moved on September 11, the day of the terrorist attacks on the World Trade Center in New York City. In Utah, the information systems job disappeared in the economic aftermath of the terrorist disaster. Wilson was able to get work as a department store manager and then soon returned to Rhode Island to start work as a plumber for Roto-Rooter with Hawes.

Wilson and Hawes had met earlier, in the mid-1990s, due to their mutual interest in the paranormal. In 2004, they were catapulted into stardom in the popular reality television series Ghost Hunters, which chronicles TAPS’ investigations of haunted places. The demands of the show meant working nearly full time filming and making personal appearances.

Wilson’s paranormal experiences have reinforced his Christian faith, helping him to gain a better understanding of the “grand scheme.” His purposes in working in the field are to help educate people about the paranormal and provide information to help them understand their own unique experiences. Wilson says he is not out to prove anything to skeptics—it takes personal experience to convince a person that the paranormal is real.

Another goal is to take the paranormal more into mainstream culture via media, training, and events. Wilson still finds time to write, illustrate fantasy and role-playing game characters, and compose music. He teaches teenagers in his church and is an assistant scoutmaster. He and Reanna live near Warwick with their three sons.

Jason Conrad Hawes (1971– ) is a Paranormal investigator and founder of TAPS (The Atlantic Paranormal Society). In 2004, Jason Hawes and Grant Wilson, co-founder…

From the stars of the SyFy network’s popular show Ghost Hunters, the second novel in a new spine-tingling supernatural series. WELCOME TO EXETER, THE “MOST…

An exciting new middle grade collection of spooky paranormal investigations based on REAL ghost hunts from stars of the TV show Ghost Hunters, the number…