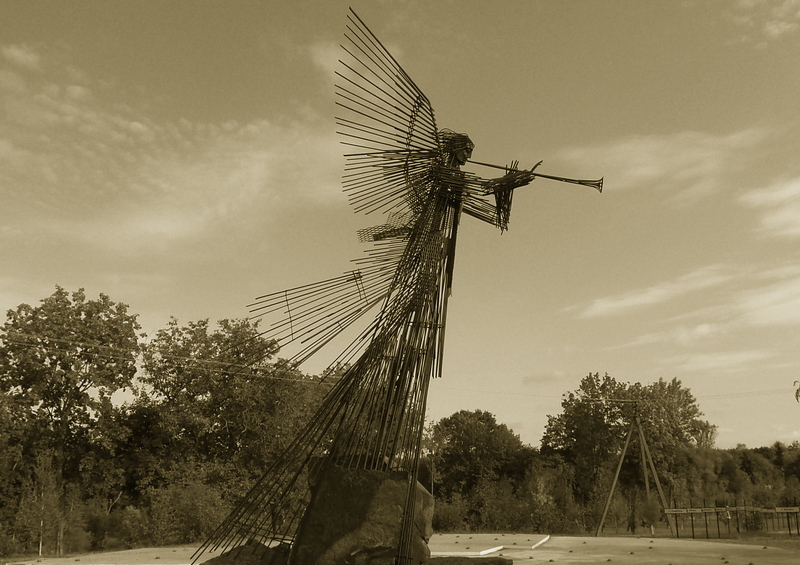 According to the book of REVELATION, the name of a FALLEN ANGEL who will bring plagues upon the earth during the end times. The name Wormwood means “bitterness,” and it is derived from the Latin term absinthium.

Revelation tells of the end times of the world. It says that God sits on his throne, holding a huge book fastened by seven seals. When Christ breaks the seals, each releases a disaster upon the earth. The seventh and last seal brings seven disasters, each ushered in by the trumpet blast of an angel.

Wormwood is a star (angel) that falls from HEAVEN at the trumpet blast of the third angel, and it poisons many waters of the earth, causing multitudes to die. Revelation 8:10–11 states:

The third angel blew his trumpet and a great star fell from heaven, blazing like a torch, and it fell on a third of the rivers and on the fountains of water. The name of the star is Wormwood. A third of the waters became wormwood, and many men died of the water, because it was made bitter.

Encyclopedia of Angels by Rosemary Guiley

Despite the popular mythology about a wicked angel called Lucifer, the word only occurs once in the Bible and it has nothing to do with…

Revelation The last book of the New Testament, which portrays a final conflict between the forces of good and evil. Also called the book of…

The word “Lucifer” in Isaiah 14:12 presents a minor problem to mainstream Christianity. It becomes a much larger problem to Bible literalists, and becomes a…