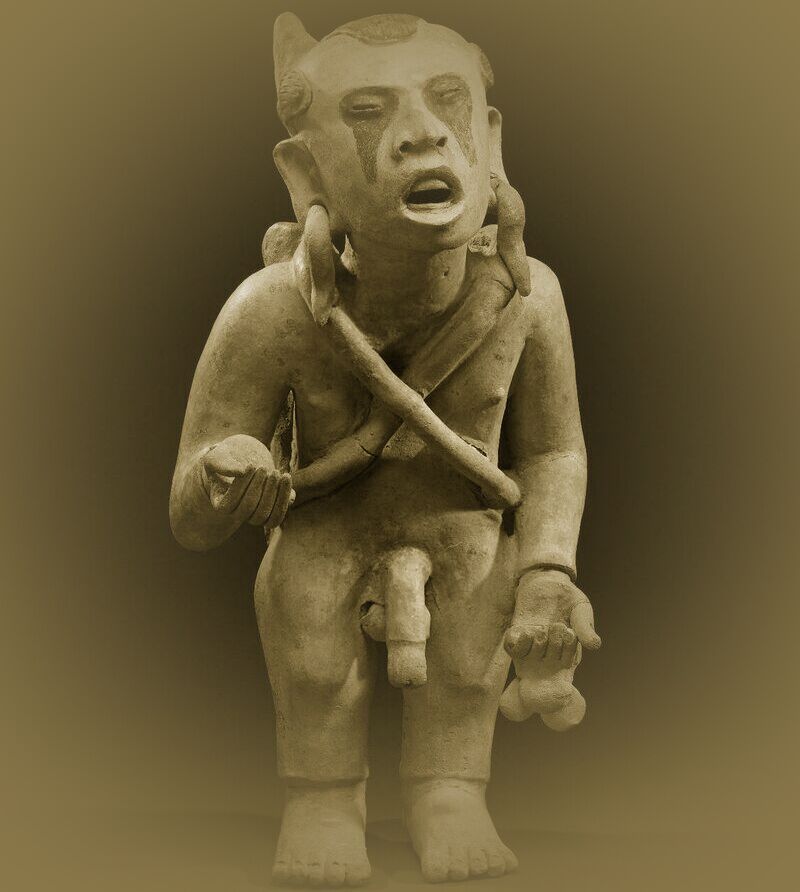 Possibly related to Xipe Tótec, the Aztec god of agriculture and rebirth, whose priests wore the flayed skin of sacrificial victims. In Nahuatl, Xipe originally meant either “the flayed one” or “he with the penis.”

In 1968, a group of peasants trapped a Xipe in a cave and killed it by setting fire to the scrub outside. In November 1990, some fishermen saw a hairy humanoid emerge from the waters of El Palacio Lake, north of Matagalpa, Nicaragua.

Xipe Totec is the Aztec trickster vampire Demon of the underworld. Xipe Totec is called the “night drinker” because he sucks the Blood of souls…

Engbé : Small Hominid of West Africa. Etymology: Dida (Kru) word. In the Central African Republic, this is the Banda-Yangere (Ubangi) term for the Moustached…