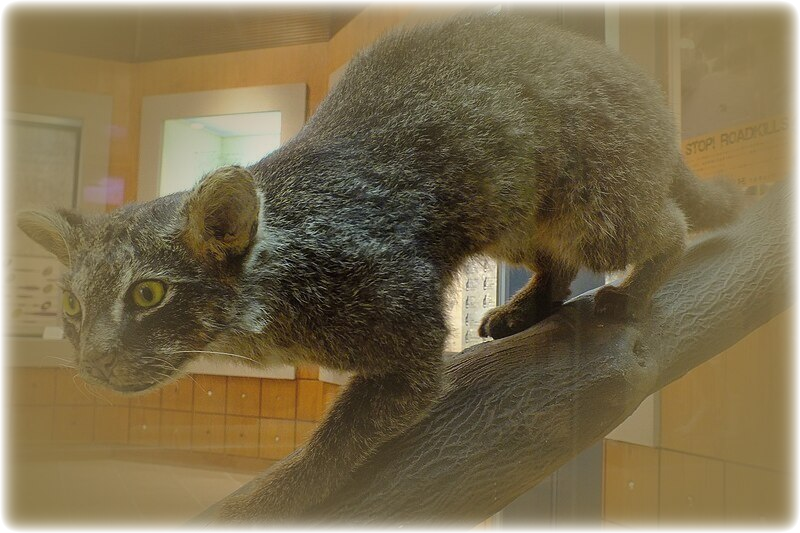 The yameneko is the name the Japanese first gave to a gray-brown, small domestic-sized felid, found on the 113-square-mile island of Iriomotejima, at the southern end of the Japanese Ryukyu Islands. This attractive wild cat has dark spots in dense longitudinal rows that coalesce into bands. Before the rumors of the Yameneko, zoologists were confident that all the world’s cat species had been described and named. Then in 1965, Japanese author-naturalist Yukio Togawa produced evidence, including at least one living animal, of a new cat from the remote, unexplored, rainforest-covered island of Iriomotejima.

Initially, the cat was placed in its own genus, Mayailurus iriomotensis. Today, the Yameneko or Iriomote cat is thought to be either a subspecies of the leopard cat Prionailurus bengalensis or a species in its own right, Felis iriomotensis.

As a point of interest, cryptozoologist Karl Shuker points out that a dwarf pig, unknown to science until found on this same island in 1974, hints that there may be yet more surprises in store at the home of the Yameneko.

Near New Orleans, Louisiana, in the wild Honey Island Swamp, there lives—or so tradition has it—a swamp monster, a unique bipedal animal that leaves pointed…

Discovered by Major Ivor Buxton in the high mountains of southern Ethiopia in the summer of 1910, the mountain nyalas (Tragelaphus buxtoni) are a relatively…

In 1925 Dr. Ernest Bartels, son of the noted ornithologist M. E. G . Bartels, who discovered many new bird species in Java, was exploring…