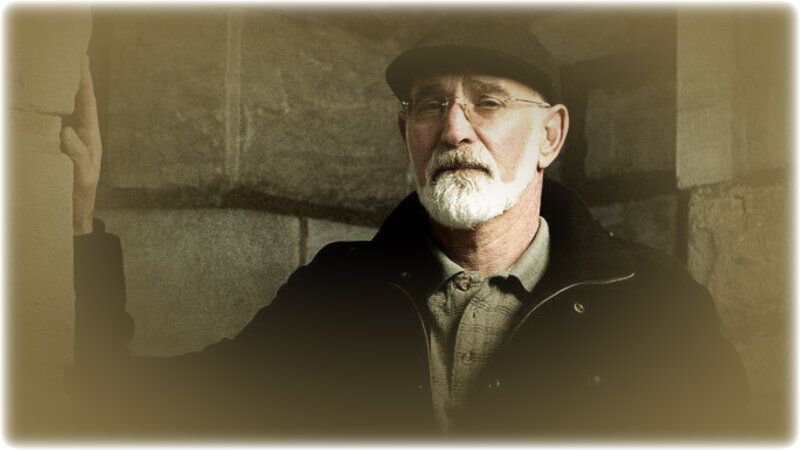 John Zaffis (1955– ) is a Paranormal investigator and author. John Zaffis is recognized as one of the leading authorities on Demonic hauntings and Possession. In more than 30 years, he has worked on more than 7,000 cases internationally, including assisting in more than 90 cases of genuine Demonic possession. He has worked with clergy of different faiths and has participated in Exorcisms. Zaffis does not refer to himself as a Demonologist, a term he says is used too loosely in the paranormal field.

Zaffis was born on December 18, 1956, in Bridgeport, Connecticut, the youngest of three children (two sisters) of John and Babette Warren Zaffis. Zaffis’ mother was the twin of the Demonologist Ed Warren. As children, the Warrens had experienced haunting phenomena. Unlike Ed, who made the paranormal his career, Babette was frightened of the paranormal and did not want her own children involved in it. John, psychically sensitive, was drawn to it, anyway. At a young age, he became fascinated by the stories Ed and his wife, Lorraine Warren, told about their cases.

His interest in the paranormal heightened at about age 15 to 16, when he had a bedside visit from an apparition. The transparent form of a man appeared at the foot of his bed, shaking its head as if to say no. Zaffis’s mother thought the apparition was his deceased grandfather. Shortly after the experience, his grandmother died. When Zaffis turned 18, Ed Warren allowed him to participate in their cases.

Warren cautioned him that Demons always try to destroy those who work in the field and will, through temptation, try to make individuals destroy themselves. Zaffis was determined to become involved, and Ed schooled him on Demonology. For about 12 years, he stayed in the background of the Warrens’ work, observing and learning. Gradually, he worked more in the forefront on cases of hauntings and Demonic possession.

Zaffis studied engineering and quality control at several colleges. On October 13, 1984, he married Cheryl Dimichelle; the couple have three children, two daughters and a son. They live in Stratford. In 1998, Zaffis founded the Paranormal Research Society of New England (PRSNE) and began working with his own group. The same year, his mother died. She has made two after-death visits to John; the second visit occurred in 2004, just before Zaffis’ father died. After her death, Babette sometimes appeared in Ed’s dreams prior to significant events.

Demonic cases have been on the rise, especially since about 2000, Zaffis says. He receives requests to investigate several cases a week—sometimes as many as 10 to 15 in a single day. He often works with BISHOP ROBERT MCKENNA, of the Our Lady of the Rosary Chapel in Monroe, Connecticut. The majority of cases do not require exorcisms; for example, places with negative spirit attachments can respond to clearings. Not all malevolent entities in hauntings are Demonic; some are bad-tempered ghosts of humans.

Many Demonic problems can be traced to misuse of a Ouija™ or other form of divination that opens a door wide to the spirit world, particularly to deceitful entities who masquerade as dead loved ones, higher spiritual teachers, and so forth, while they gain control. Sometimes one of the first signs of Infestation is a knocking on a door or a window; when it is opened, no one is present. However, the opening provides a literal means and invitation for the invisible to enter.

Zaffi’s acknowledges that Demonic cases continue to have frightening aspects, even after so many years of work in the field. The powers of evil work relentlessly, and he has seen many a strong person buckle. He does not describe himself as a devout Catholic but says that the working of evil powers has strengthened his belief in God. Having a strong foundation of religious faith—in any religion—is crucial in the work.

One of the most unsettling experiences Zaffis has had was the materialization of a reptilelike entity in a former funeral home in Southington, Connecticut. The funeral home, turned into a private residence, had negative activity that was plaguing a family who had moved in. Zaffis, the Warrens, and others conducted an investigation that involved 24-hour monitoring of the premises.

One night, while Zaffis was a monitor, alone in a room, the temperature dropped, and he had a sensation that something was about to happen. Turning and looking up, he saw a murky-colored reptilian form materialize at the top of the stairs and descend toward him. Behind it were fluttering movements. It repeated in an audible voice, “You know what they did to us.” Zaffis grabbed his car keys and exited the house.

It took him three days to return, during which he withdrew from the work and questioned his involvement in it. He ultimately concluded that there are people who need help in dealing with the Demonic, and he could not retire from helping them at any cost. As for the funeral home, a full exorcism was performed by Roman Catholic clergy.

Zaffis has experienced a wide range of paranormal phenomena, which often kick up at home before a significant Demonic case is under way. Lights going on and off, knockings and rapping, car problems, and so forth, are not uncommon.

Zaffis has collected objects with spirit attachments since the beginning of his paranormal investigations. Bindings and prayers have been said over the objects to neutralize or terminate the attachments. Some of the more troublesome objects are in acrylic cases to prevent people from handling them and being affected by them. One of the most significant pieces is an idol, now in a case, once owned by a young man who was interested in black magic. The youth was adversely affected by the spirit in the idol, which instructed him to kill himself. Fortunately, he did not, but an exorcism was necessary to end his occult problems.

In 2006, Zaffis was involved in a difficult case of Demonic possession and encountered a prince of Hell, a high-ranking Demon. The victim, who had become possessed after practicing black magic, showed the unusual symptom of the eyes changing from their natural brown colour to opaque milky white three times; this was captured on videotape.

The Southington case served as the basis of the film A Haunting in Connecticut, released in 2009.