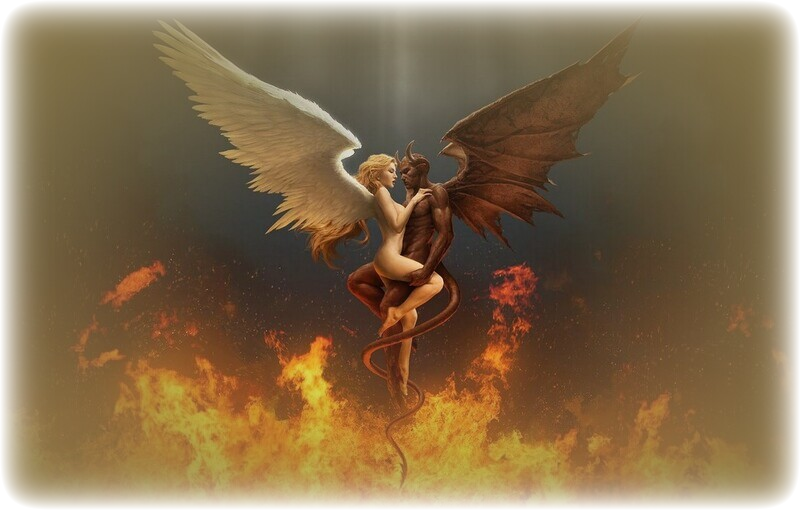 An Angel is a being who mediates between God and mortals. Angels minister over all living things and the natural world, and over all things in the cosmos. They play an important role in Magic. Among their duties are battling Demons and the Devil, and all forces of evil. Angels are sent by God in response to prayer and need. The term angel is from the Greek angelos, which means “messenger.” Acting as a messenger between realms—humans and God—is one of the angels’ primary duties. Angels mete out the will of God, whether it is to aid or to punish humans. They also can act according to their own free will, although they do not sin.

Angels are specific to Judaism, Christianity, and Islam; however, they derive from concepts of helping and tutelary spirits that exist in mythologies the world over. Angels evolved from the mythology of the Jews, influenced by the mythologies of the Babylonians, Persians, Sumerians, Egyptians, and others with whom the Jews had contact. The Jewish angel passed into Christian and Islamic mythology.

The Bible presents angels as representatives of God who exist in a celestial realm and are numberless. They are incorporeal but have the ability to assume form and pass as mortals. They also appear as beings of fire, lightning, and brilliant light, sometimes with wings and sometimes without. Various classes of angels are mentioned in the Bible; by the sixth century, these were organized into hierarchies.

The church fathers of Christianity gave extensive consideration to the duties, nature, numbers, abilities, and functions of angels. Theological interest peaked by the Middle Ages and began to decline in the Renaissance. Angels are prominent in Jewish magic and preside over every aspect of creation. They are featured in Kabbalahbased magic, which forms a significant part of the Western magical tradition. Angels, along with Demons, are involved in rituals given in magical books and Grimoires. The greatest confrontation between angels and Demons will occur in Armageddon, according to the book of Revelation. Armies of angels led by the archangel Michael will battle and defeat the forces of Satan.