Born in Moscow, Dmitri Bayanov has emerged as the foremost living Russian cryptozoologist and hominologist. He majored in humanities at a teachers college, graduating in 1955. He worked first as a teacher and later as a Russian-English translator. He studied under such individuals as Professor B. E Porshnev and P. P. Smolin, chief curator of the Darwin Museum in Moscow. He took part in Marie-Jeanne Koffmann’s expeditions in search of Almas in the Caucasus and made reconnaissance trips in the same region on his own. An active member of the Relict Hominoid Research Seminar at the Darwin Museum since 1964, he became the chairman of the seminar in 1975. Bayanov was a founding board member of the International Society of Cryptozoology and served on the ISC Board of Directors through 1992. 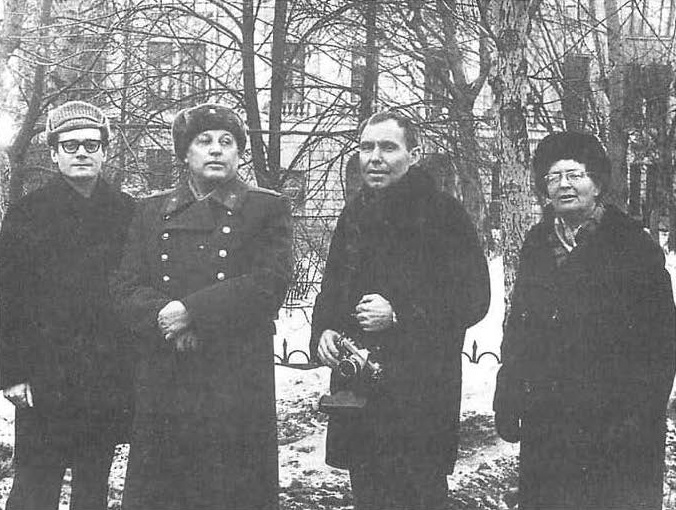 Through a series of exchanges with his colleagues, Bayanov coined the words “hominology” and “hominologists” in the early 1970s to describe the specific study of unknown hominoids and those who study them. Bayanov has recently published In the Footsteps of the Russian Snowman (1996) and America's Bigfoot: Fact, Not Fiction—U.S. Evidence Verified in Russia (1997).

Hominology is an important subcategory of cryptozoology that deserves a moment of explanation. Russian researcher Dmitri Bayanov coined the word “hominology” around 1973, to denote…

Born in France, Marie-Jeanne Koffmann spent most of her life in the U.S.S.R., as a surgeon at Moscow hospitals and as a mountaineer. She became…

Born in Switzerland, Rene Dahinden moved to Canada in 1953. Two months after he arrived, he heard about the Sasquatch and within three years was…

Boris Fedorovich Porshnev, was a Soviet historian with a particular interest in human origins, became interested in the problem of ” relict hominoids” in the…

A retired anthropologist at Washington State University in Pullman, Grover S. Krantz is the author of many academic works on physical anthropology. One of a…