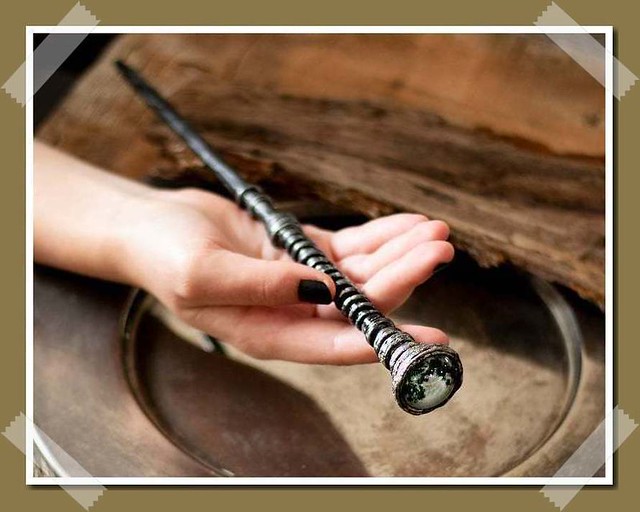 A blasting rod is according to the Grand Grimoire, a rod or wand used by a magician to control spirits, especially unruly ones. The blasting rod is held to have terrible powers over Demons that will cause them to obey the magician.

The Grand Grimoire describes the blasting rod as a hand wand with forked ends that are capped with magnetized steel.

It . . . causes the spirits to tremble; which God also used to arm his Angel when Adam and Eve were driven out of the Earthly Paradise; wherewith, finally, he smote the rebellious Angels, precipitating their ambitions into the most appalling gulfs by the power of this very Rod—of this Rod which collects the clouds, disperses tempests, averts the lightning, or precipitates each and all upon any portion of the earth at the pleasure of its director.

In conjuring spirits, the magician threatens to smite Lucifer and all his race with the blasting rod, sending them into the bottomless abyss, if the spirit fails to appear in the Magic Triangle without noise or evil smell and answer the magician’s questions in a clear voice. If the spirit still refuses to appear, the magician is to:

. . . smite all the spirits by plunging the forked extremities of your rod into the flames, and be not alarmed in so doing at the frightful howls which you may hear, for at this extreme moment all the spirits will manifest.

If the spirit still refuses, further threats of smiting with the blasting rod are made, along with increasingly powerful incantations.