A Bodhisattva is a lover of enlightenment, literally an enlightenment hero or heroine. Bodhisattvas come in many forms: female, male, animal, human, and divine. Although they have reached a level of spiritual enlightenment permitting them to break cycles of incarnation, the Bodhisattva resolves to transform the entire universe into a realm of abundance, peace, and happiness for all. Because of purity of soul, goodness, and love, the Bodhisattva postpones his or her own personal salvation for the benefit of all.

Bodhisattvas vow to save all living beings from suffering and to persist in this quest for as long as it takes: through many lifetimes, if necessary. Bodhisattvas differ from Arhats in that they seek not only their own personal enlightenment, salvation, and freedom, but that of the entire world.

Avalokitesvara The One Who Responds to the Cries of the World; Lord of the Six Syllables ALSO KNOWN AS: Avalokiteshvara ...
Read More

Fugen - The One Who Is All Pervadingly Good Fugen is the Japanese manifestation of Samant-abhadra, the Great Conduct Bodhisattva ...
Read More

Ksitigarbha - Earth Matrix Bodhisattvas vow to remain on Earth until all suffering on Earth is relieved. Ksitigarbha took this ...
Read More 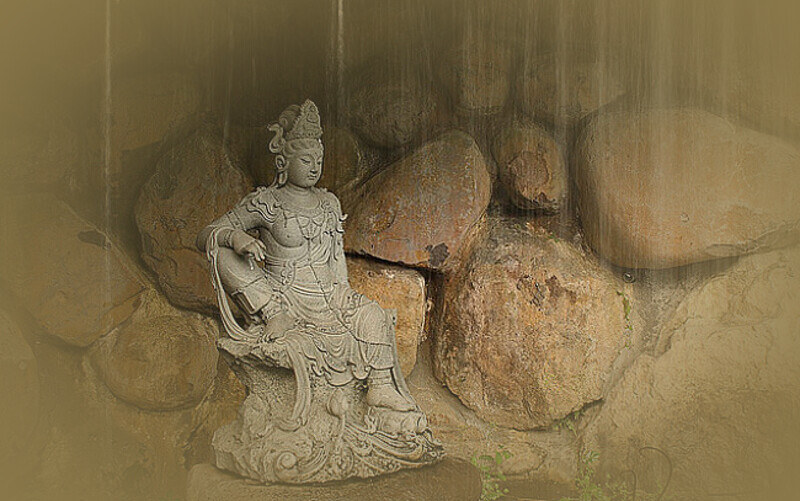 Kwan Yin The Goddess of Mercy; She Who Hears the Cries of the World ALSO KNOWN AS: Guan Yin; Kuan ...
Read More

Vajrapani - Thunderbolt Bearer; Diamond Bearer Vajrapani began as a Yaksha and was so fierce that he eventually attained the ...
Read More

Compassion is the guiding principle of the bodhisattvas, those who vow to attain enlightenment in order to liberate all sentient beings from the suffering and…

Ksitigarbha – Earth Matrix Bodhisattvas vow to remain on Earth until all suffering on Earth is relieved. Ksitigarbha took this one step further, vowing not…

Fugen – The One Who Is All Pervadingly Good Fugen is the Japanese manifestation of Samant-abhadra, the Great Conduct Bodhisattva. He teaches that actions and…

Maitreya CLASSIFICATION: Buddha Maitreya, Buddha of the Future, the essence of love and compassion will be the successor to our Buddha Shakyamuni. (Maitreya will be…