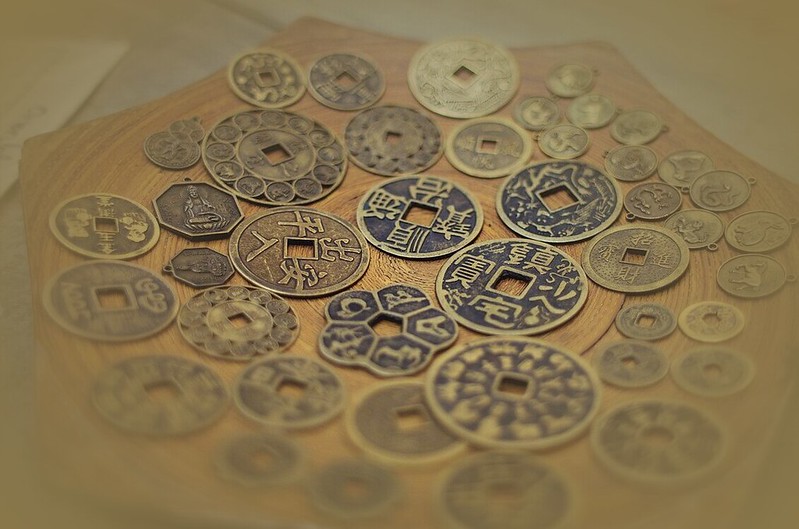 Charms against ghosts : Folklore the world over is replete with ways to ward off ghosts, prevent them from entering homes, or force them to depart from homes or sites. Some charms are simple and quick gestures, such as crossing one’s self, while others are elaborate rituals. Ghosts generally are assigned the same category as evil spirits; thus, what works against Demons usually is seen to be equally effective against ghosts.

Crossing one’s self is a common charm to ward off ghosts, Demons and the Evil Eye. Various gems and stones, such as CHALCEDONY or obsidian (also called Apache’s tears), carried or worn on the person, will protect one against ghosts. Salt, carried in the pocket or strewn across a threshhold, will keep ghosts, evil spirits and witches at bay; a pinch thrown over the left shoulder will bring good luck. Metals such as IRON and SILVER also are effective. An iron rod placed on a grave will prevent a ghost from rising out of the ground, and an iron horseshoe hung over a doorway will prevent a ghost from entering a house, stable or building. Iron nails taken from a tomb and driven into the threshold of a door will prevent nightmares (see Old Hag). Pins should be stuck into gateposts where corpses have passed by in funeral processions; these will keep away evil and ghosts.

Silver Amulets and jewelry also keep away evil and ghosts. Some ghost investigators wear crucifixes when checking out an alleged haunting. Any religious symbol or good luck piece may be substituted for a crucifix, as long as the individual believes in its protective powers. The advantage is most likely psychological, but, like the placebo effect, it seems to work.

In English lore, when a person dies, all door, cupboard and window locks must be undone, and doors and windows opened, so that the soul has free egress out of the house. If a person “dies hard” and has difficulty entering the afterworld, the spirit trapped in the house may haunt it.

It is universally believed that one must not speak ill of the dead, lest the ghost come and haunt the living. Spoken references to the dead should be accompanied with phrases such as “God rest his (or her) soul” or “poor man!”