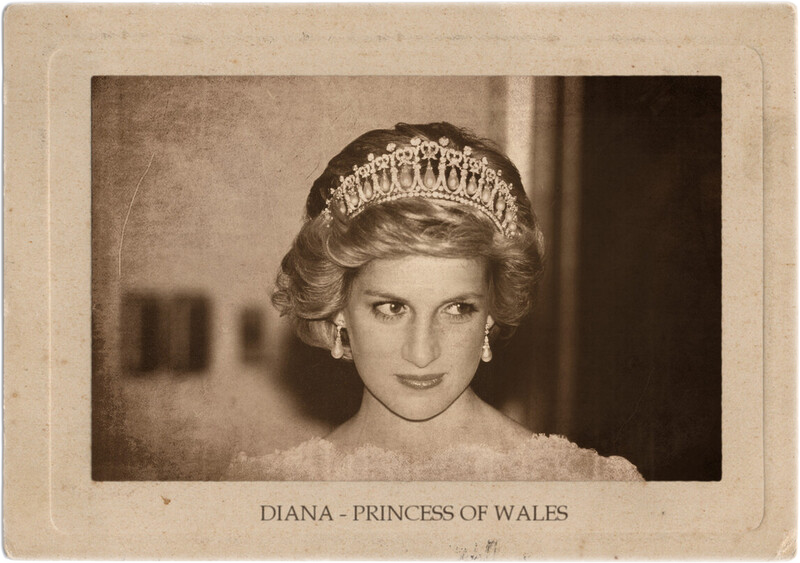 It doesn’t matter what the official reports say. The people know that there was evil afoot the night of August 31,1997,when Diana,Princess of Wales,was murdered.

The incredible spectacle of worldwide mass mourning over the loss of Diana, Princess of Wales,eventually quieted to an orderly exploitation of her final resting place on a small island surrounded by a tranquil pond on the ancestral mansion of the Spencer family. However,the lovely,tragic lady has not been able to rest in peace as tourists are charged admission to view her burial site and conspiracy theories continue to swirl about her death and that of her lover,Dodi al-Fayed.

According to one poll taken in the United Kingdom in 2004,27 percent of the British public still believed that Diana was murdered. Official denials from French police,who insist that they conducted an exhaustive investigation and discounted all the conspiracy rumors and hypotheses,have done little to quell the doubts of those who insist that Diana was killed by secret agents,who were ordered to assassinate her for a variety of reasons. Fayed’s father, Mohamed al-Fayed,who owns Harrods department store,is certain that the crash was not an accident and has been fanning the flames of the theories with a variety of lawsuits.

Among the most common allegations that there was bloody work afoot on that tragic night are the following:

Princess Diana became the target of international munitions manufacturers and arms dealers because of her high-profile global campaign against the use of land mines.

Those men on motorcycles who, according to some witnesses, forced Fayed’s limousine to crash were not wild and crazy paparazzi who became tragically overzealous in pursuit of sensational photographs, but cold and cruel hired assassins who accomplished exactly what they set out to do: provoke the driver into dangerous speeds and cause the vehicle to crash. Although they were fully prepared to administer a bullet in the back of Diana’s head to be certain she was dead, a rapid appraisal of the crash scene convinced them that their job of assassination had been completed successfully.

Diana Was Assassinated by British Intelligence on Orders of the Royals

An equally pervasive theory insists that Diana was offed by British intelligence agents on the orders of the royal family.

Why would the British royals want to take out one of their own?

Conservative Queen Elizabeth and her consort,Prince Philip,were extremely upset by the whole nasty business of the divorce of Prince Charles and Lady Di. They recoiled in humiliation at the manner in which the royal laundry was scrubbed in full view of the world press.

All the gossip about Diana and a string of clandestine affairs became all the more sordid when the princess declared that her infidelities were in retaliation for the lurid fact that marriage to Prince Charles had not caused him to give up his mistress,his true love,Camilla Parker-Bowles. And now,after all the disgraceful embarrassment of the divorce, Diana,thirty-six,had taken up Dodi al-Fayed, forty-one,a Muslim playboy. What was worse, it appeared that Diana was really quite taken with the bounder,and after leaving her sons, William and Harry,with their father,Prince Charles,she was openly carrying on with Dodi in a romance that was meticulously covered by the world press. Scandalous photographs of the princess in various stages of undress, cavorting aboard the Fayed yacht near the Italian island of Sardinia,made a mockery of the staid House of Windsor.

As if these tasteless goings-on were not enough, it was said that Dodi had presented Diana with a diamond-studded, star-shaped ring to seal their vows of engagement and their intention to wed.

The British press frequently reported that Prince Philip,in particular,made no effort to keep his dislike of Diana’s suitor a secret. Philip had been heard to refer to Dodi as an “oily bed-hopper,” and he made it very clear that he considered him completely unworthy of becoming the stepfather of William and Harry.

On August 31, 1997, the day of Diana’s tragic death in Paris, London’s Sunday Mirror newspaper quoted a friend of the royal family as saying: “Prince Philip has let it rip several times frequently about the Fayeds—at a dinner party, during a country shoot and while on a visit to close friends in Germany. He’s been banging on about his contempt for Dodi.… Diana has been told in no uncertain terms about the consequences should she continue the relationship with the Fayed boy.”

Among those “consequences” were possible exile—even though she was the mother of the future king of England—or social ostracism from all association with the royal family. Earlier, when such a threat had been made to her, Diana’s attitude had seemed to be that if social ostracism meant she no longer had to deal with the royals and their stuffy kind, then she would be delighted. Certain observers of the war of nerves between the Princess of Wales and the royal family suggested that Diana had grown past caring what Charles and his parents thought about her or her romances or her charitable deeds. She was now in a relationship with a man who could afford to keep her in the lifestyle to which she had become accustomed.

Theorists maintain that when rumors began to circulate that Diana might be pregnant with Dodi’s child, the royal family had had enough and ordered her death. Even if she were not currently pregnant by Fayed, if they ever married—as it appeared they might—then she might one day bear an unsuitable stepsibling for William and Harry.
And, of course, a bonus for Prince Charles, once Diana was out of the way, was that he could now have full control over his sons, continue his adulterous relationship with Camilla, and one day ascend unencumbered to the throne of England.

Diana Paid the Price for Dabbling in the Dark Arts

Prince Charles has often been characterized as a bit off-the-wall for his interests in the supernatural, the paranormal, alternative medical practices, and environmental concerns. It was also well known that Princess Diana and Sarah Ferguson, the ex-wife of Prince Andrew, sought the counsel of spiritualist mediums and psychic sensitives. Knowledge of Diana’s dependency on New Age healers and psychics and her tendency to air sometimes bizarre paranoid fears with friends, servants, and therapists keep the assassination theories alive.

Simone Simmons, a New Age therapist, said that she was hired by Diana in 1993 to rid Kensington Palace of “negative energy.” Ms. Simmons said that the princess felt vulnerable and persecuted. In 1994 Diana was convinced that the Saudi royal family wanted to kill her. Another time, she thought the CIA wanted to assassinate her.

Some theorists have claimed that they have evidence that the Diana became deeply involved with the occult and adept at certain techniques of sorcery. Others have said that a rather large number of her close friends joined her in her forays into witchcraft, astrology, magic, and the commanding of dark forces.

Could it be, as some have suggested, that the death of Diana and Dodi was a result of occult practices that backfired? Is it possible that curses directing the dark forces against her enemies somehow boomeranged and unleashed their malignant energy upon Diana and her lover?

Some say that is exactly what happened and that evil and mysterious forces were at work that fatal night of August 3l, 1997— demonic forces that took the life of one who too carelessly opened a door to a dark dimension of a reality far more sinister than she could have guessed.

Diana Was Killed because She Offended a Powerful Secret Society

Closely related to the theory that dabbling on the dark side of the force did Diana in is the ancient allegation that there exists a powerful inner circle of men who operate in secrecy behind the scenes in Great Britain, certain European nations, and the United States and who fervently believe that the royal family of England is in direct lineage to the Throne of David, the House of Jacob, and the actual bloodline of Jesus. Some theorists firmly insist that this secret society did not approve of the public and private actions of Lady Di and pronounced her death sentence before she further embarrassed the royals.

The conspiracy theories concerning Princess Diana’s death show no signs of abating and grow even more sinister—and sometimes facetious. Perhaps,as an exasperated Simon Hoggart of the Guardian wrote on January 8,2004,with tongue firmly in cheek, maybe Diana,Princess of Wales,died because “Prince Charles,together with various gay courtiers,shot at the car from a stealth helicopter just as it entered the tunnel.”

From :Conspiracies and Secret Societies : The Complete Dossier – Written by Brad Steiger and Sherry Steiger – Copyright 2006 by Visible Ink Press®

The Secret History of the Reptilians -The Pervasive Presence of the Serpent in Human History, Religion and Alien Mythos – Scott Alan Roberts, Philip Coppens

The Mammoth Book of Cover-Ups: The 100 Most Terrifying Conspiracies of All Time – Jon E. Lewis

Conspiracies Declassified: The Skeptoid Guide to the Truth Behind the Theories – Brian Dunning

The Gods Were Astronauts: Evidence of the True Identities of the Old ‘Gods – Erich von Daniken

The stargate conspiracy: Revealing the truth behind extraterrestrial contact, military intelligence and the mysteries of ancient Egypt – Lynn Picknett

Conspiracies and Conspiracy Theories in the Age of Trump – Daniel C. Hellinger

Children of the Matrix: How an Interdimensional Race has Controlled the World for Thousands of Years-and Still Does -David Icke

After many years of exploration, Diana Richardson found that the ancient practice of Tantra, with its unique, intelligent approach to sex, had the effect of…

Inspirational stories and affirmations reveal the sacred laws that provide spiritual enlightenment. These 36 beautifully presented and encouraging laws offer readers from all walks of…

During its 1500-year Golden Age, Atlantis was at the height of its spiritual strength. Its inhabitants enjoyed incredible gifts including healing, levitation, clairvoyance and telepathy.…

Romanian is a Romance language, closely related to Latin. After Roman authorities withdrew from what is now modern Romania, the Romanized people speaking that Romance…

Virbius, Lord of the Forest, is now most famous as Diana’s chief companion at her shrine in the Forest of Nemi. He is invoked for…