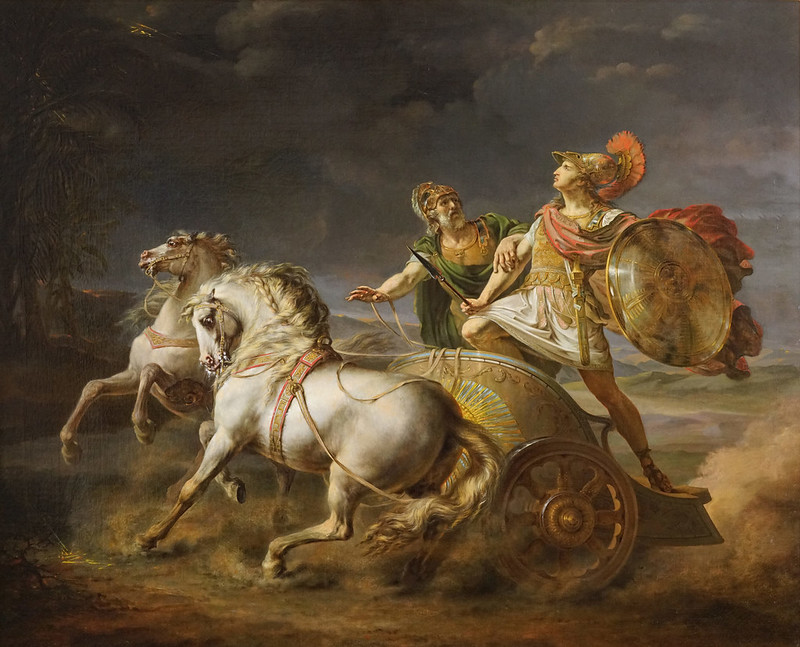 Lightning struck at Diomedes’ feet (From Homer’s Iliad) – Circa 1810. Painting by Louis Moritz

Diomedes (godlike ruler) In Greek mythology, hero, king of Argos, son of Tydeus and Deipyle; companion to Achilles in the siege of Troy. He was a favourite of Athena, who constantly protected him, especially since he wounded both Ares and Aphrodite (Venus), who sided with the Trojans. He entered Troy in the wooden horse. Diomedes appears in Homer’s Iliad (books 2, 5, 6, 10, 23), Vergil’s Aeneid (book 1), Ovid’s Metamorphoses (book 14), and Dante’s Divine Comedy (Inferno), in which he is placed, along with Ulysses (Odysseus), as one of the “counselors of fraud” in the Eighth Circle of Hell. Ingres’s Venus Wounded by Diomedes deals with one episode of his life.