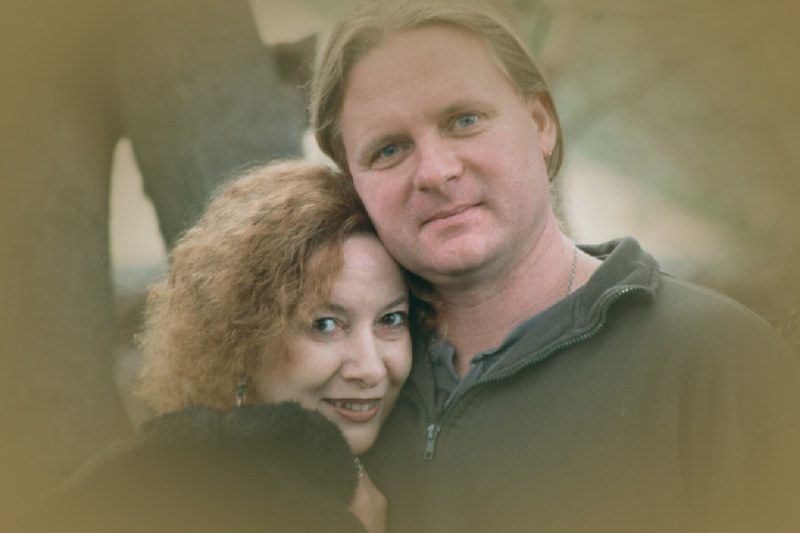 Gavin Bone (1964- ) Wiccan and author and companion/partner with Janet Farrar. In his work with Janet and her late husband, Stewart Farrar, Gavin Bone has advocated a “progressive” and more shamanic trance Craft based on direct relationship with deities.

Bone was born in Portsmouth, Hampshire, England, in 1964. He trained as a registered nurse and studied complementary healing, such as herbal remedies and reflexology. Drawn to Magic and the Craft, Bone joined an eclectic ceremonial magic group whose members included Pagans.

In 1986 he was initiated into the Seax-Wicca Tradition founded by Raymond Buckland and then was initiated into a Celtic Wiccan coven. He studied shamanic techniques and runes. In 1989, Bone became a contact for the Pagan Federation after attending the Pagan-Link Groby Festival. The same year, he met the Ireland-based Farrars at a Pagan festival in Leicester, England, and struck up a friendship with them. They invited him to come with them on their tour of the United States in 1992. They visited Salem, Massachusetts, to attend a remembrance of the Salem Witches hysteria.

In 1993, Bone moved to Ireland, where he entered a polyamorous marriage with the Farrars and collaborated in their work and writing. He served as webmaster and production manager for their videography work. Stewart suffered a stroke in 1995, and Bone provided care for him. After Stewart’s death in 2000, Bone and Janet Farrar continued development of their ideas about the practice of Wicca. They are priest and priestess to Freya as trance goddess, who has a direct relationship with them in daily life, not just in ceremony, as their muse and life guide. They are eclectic, recognizing different pantheons of deities, and different approaches to worship. According to Bone, Wicca is inherently a shamanic path and is evolving away from the duotheistic and even polytheistic traditions of its early and more structured years. Bone and Farrar do not label themselves with a tradition, but follow Seith, the tradition of trance-prophecy in the Northern Tradition. They are honorary members of several traditions, among them Strega, Eclectic Eclectic Eleusinian Kuven, The Elusinian Mysteries of the Aquarian Tabernacle Church and The Order of Bill the Cat.

In 2003, Bone and the Farrars were jointly recognized with the Gerald B. Gardner Lifetime Achievement Award. Bone collaborated with both Stewart and Janet on The Pagan Path: The Wiccan Way of Life (1995), The Healing Craft: Healing Practices for Witches, Pagans and the New Age (1999) and The Complete Dictionary of European Gods and Goddesses (2001). With Janet, he coauthored Progressive Witchcraft: Spirituality, Training and the Mysteries in Modern Wicca (2004).

This is the most radical work to date by Janet Farrar and Gavin Bone, arguably the world’s leading experts on the subject of Modern Witchcraft…

The Aquarian Tabernacle Church is an interfaith church of Wiccaand Earth Religions, formed in 1979 in Index, Washington, by Pete “Pathfinder” Davis, to support the…

The Complete Witches’ Handbook.Everything you need to know is here! The Sabbats; Casting & Banishing the Magic Circle; The Complete Book of Shadows; The Great…