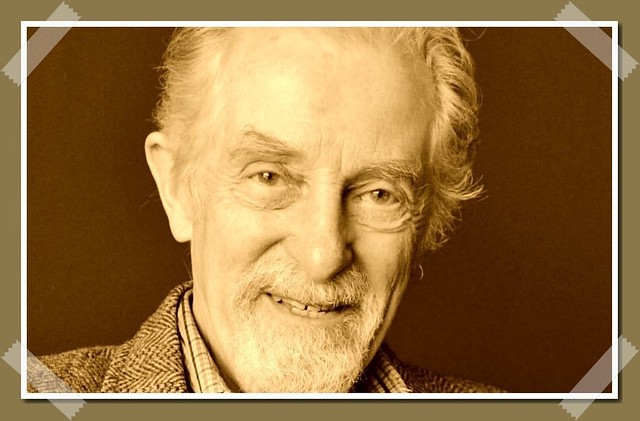 Raymond Buckland (1934- ) English Witch called “the Father of American Witchcraft,” who introduced Witchcraft to America. After moving to the United States in 1962, Raymond Buckland became a leading authority on witchcraft and Wicca and enjoys a career as a prolific author, public speaker, media consultant and media personality. He has written more than 50 books translated into 17 languages.

Buckland was born in London on August 31, 1934, to Stanley Thomas Buckland and Eileen Lizzie Wells. His father was a Romani (Gypsy) who worked in the British Ministry of Health as Higher Executive Officer. A poshrat, or half Gypsy, Buckland was raised in the Church of England. Around age 12, a Spiritualist uncle interested him in Spiritualism and the occult, and the interest expanded over time to include witchcraft, Magic and the occult.

Buckland was educated at King's College School in London and served in the Royal Air Force from 1957 to 1959. He earned a doctorate in anthropology from Brant- ridge Forest College in Sussex, England. He performed in theaters, taught himself to play the trombone and led his own Dixieland band.

He married his first wife, Rosemary Moss, in 1955. The couple had two sons. They immigrated to the United States in 1962 and settled in Brentwood, Long Island. Buckland went to work for British Airways (then BOAC), first in reservations service and then as a sales manual editor. His decision to embrace Witchcraft as his religion was influenced by two books, The Witch-cult in Western Europe, by Margaret Murray, and Witchcraft Today, by Gerald B. Gardner.

They helped him realize that Witchcraft was the religion for which he had been searching. Buckland wrote to Gardner, who was living on the Isle of Man, and struck up a mail and telephone relationship. He became Gardner's spokesperson in the United States; whenever Gardner received a query from an American, he forwarded the letter to Buckland.

Buckland went to England in 1963, where he met Gardner. Buckland was initiated into the Craft by one of Gardner's high priestesses, Monique Wilson, or Lady Ol- wen. The initiation took place in Perth, Scotland, where Wilson lived. Rosemary was initiated at a later time. It was the first and last time Buckland would ever see Gard- ner, who died in February 1964.

Interest in witchcraft caught on quickly in America, but the Bucklands built their own coven slowly and cautiously. They were later criticized for their caution; people who did not want to wait to be witches by traditional initiation simply started their own covens.

Initially, Buckland kept his real name and address out of the media. The information eventually was published in the New York Sunday News, which focused more attention on him as a spokesperson for the Craft. Buckland was inspired by Gardner's Museum of Witchcraft and Magic on the Isle of Man and began collecting pieces for his own museum, the first Museum of Witchcraft and Magic in the United States.

The collection began in a bookcase, spilled out into the Bucklands' basement and eventually needed a separate building. In 1969, Buckland published his first book, A Pocket Guide to the Supernatural, followed in 1970 by Witchcraft Ancient and Modern and Practical Candleburning Rituals. Also in 1970, he published a novel Mu Revealed, written under the pseudonym Tony Earll, an anagram for not really. The novel was written tongue in cheek, inspired by the successful books on the lost continent of Mu by James Churchward.

Witchcraft from the Inside was published in 1971. The year 1973 was transitional. The museum collection was big enough to fill a rented building, and Buckland quit his job to run it full time. However, the Bucklands' marriage broke up, and they turned the leadership of their coven over to Theos and Phoenix of Long Island.

Buckland moved to Weirs Beach, New Hampshire, where in 1974 he married Joan Helen Taylor and reopened the museum. At about the same time, Buckland left the Gardnerian tradition and founded Seax-Wica, a new open and democratic tradition based on Saxon heritage. He had two primary reasons for making this move: Gardnerian witchcraft no longer met his religious needs, and he had been dismayed at some of the ego and power trips exhibited within the Craft.

The Complete Book of Saxon Witchcraft was published in 1974. Four years later, the couple moved to Virginia Beach, Virginia, where Buckland became educational director of the Poseidia Institute. He and Joan established the Seax- Wica Seminary, a correspondence school that grew to have more than 1,000 students worldwide.

Plans to establish a campus, however, did not materialize. After nearly 10 years of marriage, Buckland and Joan divorced in 1982. In 1983, he married Tara Cochran of Cleveland. They moved to Charlottesville, Virginia, where they operated the seminary school and Taray Publications.

In December 1984, they moved to San Diego, and the seminary correspondence course was phased out. Seax-Wica covens remain established around the world. In San Diego, Buckland withdrew from having a high profile in witchcraft, practicing with his wife with a small coven and as solitaries.

In 1986, his 11th book on witchcraft was published, Buckland's Complete Book of Witchcraft, which comprised everything Buckland felt he had to say on the subject. Some witches criticized him for revealing too much. While the book does not reveal Gardnerian secrets, it does reflect his view that the Craft should be more open.

In the late 1980s, Buckland turned to new creative avenues, writing books on other topics, plus screenplays and novels in comedy, mystery and Tolkien-style fantasy genres. In addition, he wrote numerous magazine and newspaper articles on witchcraft and appeared on talk shows and lectured at universities.

He also served as technical adviser for Orson Welles' movie Necromancy and for a stage production of Macbeth, working with William Friedkin, the director of The Exorcist. Buckland acted in small parts in several films, including the role of the crazy psychiatrist in Mutants in Paradise. In 1992, Buckland and his family moved to a small farm in north-central Ohio.

He retired from active involvement in the Craft, save for occasional public appearances. He continues his solitary practice in Seax-Wica and PectiWita, a Scottish tradition inspired by Aidan Breac and developed by Buckland. In 1999, Buckland sold his Museum of Witchcraft and Magic, a collection of about 500 pieces, to Monte Plaisance and Tolia-Ann, a Gardnerian high priest and high priestess couple in Houma, New Orleans.

The metaphysical store “Crossroads” housed the museum and also serves as the location of the Church of Thessaly. Buckland continues to make public appearances, lecturing, teaching workshops and working as a medium at Lily Dale Assembly Spiritualist camp in New York.

His other nonfiction books are