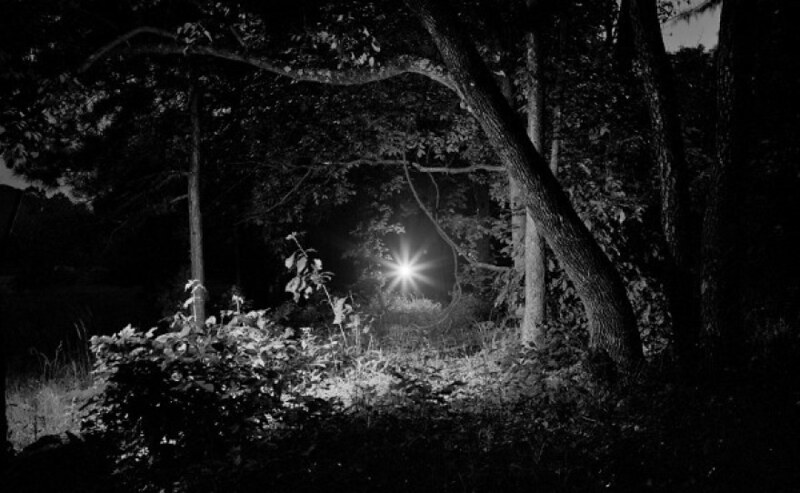 Ghost lights are luminous phenomena, usually in the shape of balls or irregular patches of light that defy natural explanation. Most ghost lights are yellow or white, while others are red, orange or blue. The lights may change color as they are observed. They appear randomly or regularly at particular sites, varying in size and confi guration, and may be active for years. Some appear and become “inactive” after short periods of time. Ghost lights are widely reported in remote areas around the world.

Characteristics of ghost lights are:

• they appear in remote areas;

• they are elusive and can only be seen from certain angles and distances;

• they react to noise and light by receding or disappearing;

• they are accompanied by hummings, buzzings or outbreaks of gaseous material; and

• they are associated with local folklore surrounding a Haunting due to a terrible accident or tragedy that took place at the site and involving loss of life (e.g., a person loses his head in an accident, and his headless Ghost returns to the site to look for it, the ghost light being the ghost’s lantern).

Many reports of ghost lights can be explained naturally, such as car headlights or phosphorescences known as Ignis Fatuus. Ghost lights have a power to fascinate, and some individuals who see them do not want the mystique spoiled by an explanation. Megalith sites, ancient stone circles and monuments once used as burial grounds or for astronomical observations or unknown sacred rituals, have manifestations of mysterious lights, called “earth lights” by some researchers.

Various theories propose that these lights are caused by natural earth energies, such as ionized gas escaping from faults (luminous phenomena are associated with earthquakes), or some as-yet unidentified electromagnetic energy; for example, the fault theory may explain some of the Brown Mountain lights, in North Carolina, as the Grandfather Mountain fault, old and not very active, runs close to Brown Mountain.

Other theories propose that the lights are associated with extraterrestrial vehicles that home in on megalith sites.

The most famous ghost lights are the Marfa lights, named after Marfa, Texas, and first reported in 1883 by a settler, Robert Ellison. The lights are seen often to the southwest of the Chinati Mountains, bouncing up and down or racing across the ground like grass fire. Witnesses say the lights sometimes seem playful, as though directed by an intelligence.

The Brown Mountain lights have been reported at Brown Mountain near Morganton, North Carolina, since 1913. They are multicoloured lights with limited lateral and horizontal movements. The lights were investigated by the U.S. Geological Survey, which attributed them to automotive and locomotive headlights and brushfires. The findings have been disputed by numerous witnesses.

In the 1970s, research by the Oak Ridge Isochronous Observation Network (ORION) did show that some, but not all, sightings could be explained by light refractions from points beyond Brown Mountain. Many sightings of the lights remain unexplained. Near Joplin, Missouri, another active site, yellow and orange ghost lights are reported every night from dusk until dawn.

The lights have never been satisfactorily explained and appear to be true anomalies. Dale Kaczmarek, president of the Ghost Research Society, has viewed the Joplin lights through high-powered binoculars from a distance of 300–400 feet and describes them as diamond-shaped with hollow and transparent centres. As they move, they leave behind luminous pinpoints of light dancing in the air. Near Silver Cliff, Colorado, located in the Wet Mountain valley, ghost lights have been appearing since 1880. The clusters of blue lights are seen in an old miners’ cemetery outside of town. They vanish if one approaches them, only to reappear in another part of the cemetery.

The Silver Cliff lights remained local lore until they were featured in the media. An article in the New York Times in 1967 brought investigators from all over the country. Sceptics declared the lights were reflections of streetlights, but old residents of Silver Cliff said they had seen the lights long before streetlights were installed. Troy Taylor, president of the American Ghost Society, proposed natural explanations: radioactivity from ore in the ground or else phenomena linked to the shifting of geological plates in the mountains. The lights remain a mystery.

At the tiny village of Hornet, Missouri, located about 12 miles southwest of Joplin, a mysterious ball of fire has been reported since 1866. The light spins at great speed down the centre of a four-mile-long gravel road that runs through a narrow canyon and across the Oklahoma border. As the light spins, it rises and falls and bobs right and left. Witnesses think it looks like a lantern—carried by no one. It has even appeared inside vehicles. Like other ghost lights, it retreats if approached.

Nearby is the “Devil’s Promenade,” originally a wooden bridge and now a concrete bridge. Legend had it that anyone who slowly walked back and forth across the wooden bridge three, five or seven times (the number varies) while asking for the Devil to appear would get his or her request. The Devil would either answer three questions, grant three wishes or kill the person.

Legends have arisen to explain the Hornet light: it is connected to the spirits of two young Quapaw Indians who died there long ago; it is connected to the spirit of an Osage chief who was beheaded in the Devil’s Promenade, and whose ghost uses a light while searching for his lost head; it marks the spot where a group of Cherokee Indians died in 1836 near the end of the Trail of Tears, and it is the lantern of a ghostly miner who searches endlessly for his children who were kidnapped by Indians.

Sceptics claim the Hornet Spook Light is caused by automobiles driving on a nearby highway. A possible natural explanation may be earthquakes. Hornet is not far from the great Madrid fault, and several devastating earthquakes hit there in the early 1800s. The first official investigation of the Hornet Spook Light was done by students from the University of Michigan in 1942. They tried shooting at it. In 1946, the U.S. Army Corps of Engineers investigated but came up with no explanations.

A Spook Light Museum was operated in the vicinity for a few years, capitalizing on the mystery.

Beginning at least as early as September 1913, when newspapers first reported the phenomenon, people in the town of Brown Mountain, North Carolina, have been…

Also called the Marfa mystery lights, the Marfa lights are a nighttime phenomenon seen several times a year near Marfa, Texas, since at least 1883.…

Earthlights refers to mysterious lights, moving above the ground, that seem to occur naturally in some areas, such as along earthquake faults, where the Earth…