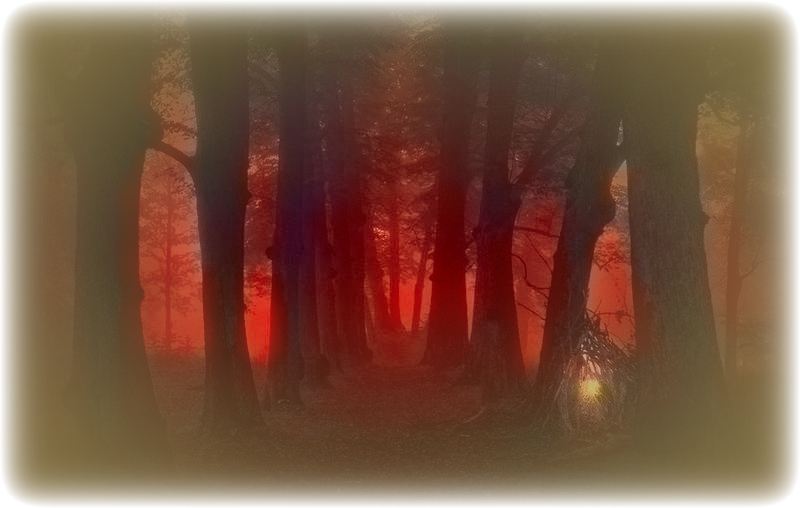 Ignis fatuus is a wide variety of spectral lights, whose alleged purpose is either to herald death or to play tricks on travellers out alone at night. “Ignis fatuus” means “the foolish fire” and is so named because anyone who follows such a light is foolish.

Ignis fatuus lights appear as bluish flames, blue or yellow globes, and candle lights that float and bob mysteriously through the countryside at night. They appear around the world and are universal throughout folklore.

As Death Omens, they are known as Corpse Candles, dead candles, will-o’-the-wisps and other names. As pesky travellers’ lights, they are called Jack-o’-Lanterns, jenny-burnt-tails, Kit-in-the-candlesticks and a host of other appellations. The lights that plague travellers are said to be fond of luring people off a trail or path until they become lost.

Various legends exist to explain such lights. One of the most popular holds that the light is a ghost of a sinner whose soul cannot rest, and is doomed to wander the earth forever. In some parts of Britain, such as the Lincolnshire fen country, the ignis fatuus lights, called Willo’- the-Wykes, are evil. In German lore, the light is named the Irrlicht, and is either a forest spirit or a wandering soul that accompanies an invisible funeral procession.

In Swedish lore, the light is that of a soul of an unbaptized child who tries to lead travellers to water in hopes of receiving baptism. Ignis fatuus appears in the lore of Native Americans; the Penobscot call it “fire creature” or “fire demon,” a death omen spirit who spins his lighted fingertips in a wheel to skim the milk at dairies during the night. In parts of Africa, such lights are called “witchfire” and are believed to be witches flying through the air, or lights sent by witches to scare wrongdoers.

Natural explanations given for such lights include marsh gas, electrical and magnetic phenomena and some form of unknown “earth energy.”