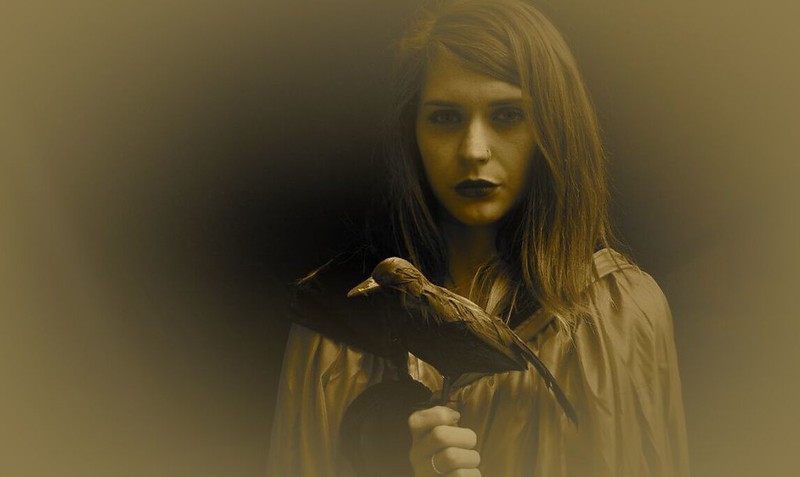 Death omens are in folklore, portents of a person’s impending death. Every culture has its own unique death omens. Death omens can be signs of nature, such as cloud formations or storms; signs that occur naturally, such as the way wax drips from a candle or the appearance of coffin-shaped cinders in a fireplace; or even accidental happenings, such as a chair falling over backward as a person rises from it.

Death is foretold by the appearance of certain animals, insects or birds that are associated with death, the underworld, and spirits of the dead. Black birds and night birds such as rooks, ravens, owls and crows are widely regarded as death omens when they appear in a village or lurk about a particular house.

The howling of a dog, which in mythology is guardian of the underworld and guide of souls of the dead, portends the death of someone nearby. In parts of England, if the first lamb born to a farmer is black, it portends a family death within a year.

Death omens also include supernatural phenomena, such as the appearance of an apparition (see Banshee). Another common omen is a phantom death coach drawn by phantom black horses and driven by a headless man that stops at the houses where someone will die the next day.

Other phantom vehicles, such as boats, cars and trains, also are death omens; their appearances mean they have come to take away the souls of the dead. Spectral Black Dogs and other animals are death omens (see Black Shuck; Whisht Hounds; Wild Hunt).

Luminous phenomena, such as Corpse Candles and Corpse Lights—bluish lights seen flickering in the night— are harbingers of death. Death omens also include various divination charms intended to foretell the future.

A deathwatch beetle is a small insect which makes a ticking or tapping sound as it bores into wood. The beetle is especially heard in…

Omens are occurrences that are interpreted as being signs of luck, either good or bad, to come. For example, among the Scots, Irish, and Welsh,…