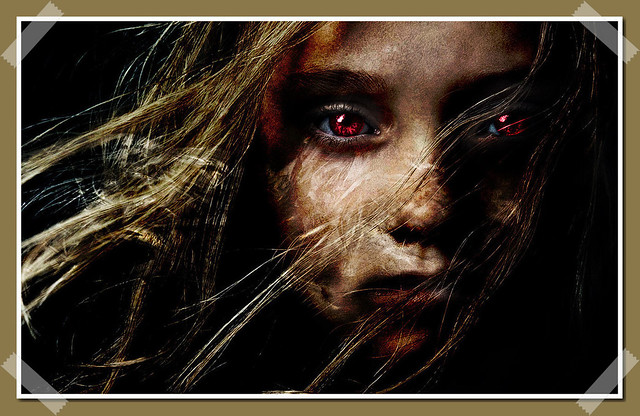 According to some legends, Lilith is sterile; hence her resentment of pregnant women. In other legends, however, Lilith is the mother of hosts of spirits. The Daughters of Lilith may be among that host. These daughters may be her actual daughters or Lilith’s female entourage. The term may be intended metaphorically, too. Daughter of Lilith is a Jewish term indicating a witch. It may be understood to indicate any of Lilith’s mortal female devotees.

The spirits called Daughters of Lilith are accused of tempting chaste women to aggressively assert their sexuality. They seduce men and lure them to ruin. (They may kill them or just ruin them socially.) Lilith’s Daughters rendezvous at spiritually powerful trees. They live within mirrors. Women were cautioned against gazing at mirrors so as not to invite the attention of Lilith’s Daughters. They can allegedly possess someone who is gazing intently within. This may actually indicate their role in mirror-gazing divination, similar to crystal ball gazing. Lilith herself is traditionally ambivalent towards mirrors. Shards of broken mirror are among the magical tools used to ward her away.

Lilin, singular: Lili Variations: LILIM, Lil-in In Jewish folklore the lilin are a species of Succubus. They were born the daughters of Adam and Lilith.…

Lilith-Zahriel – The Great Lilith Lilith-Zahriel is a Mandaean path of Lilith. According to their sacred text, the Ginza Rabba (“The Great Treasure”), Lilith, daughter…

Lillu Spirits ORIGIN: Sumeria The Lillu are a clan of primordial storm and wind spirits, many of whom developed a reputation as being vampiric or…

Lytim: One of the many alternate names of the demon Lilith. This version of her name appears in conjunction with a spell known as the…

Mahalat The Dancer ALSO KNOWN AS: Mahlat; Mahalath; Makh lat According to Jewish legend, Hagar arranged a marriage for her son Ishmael with the Egyptian…