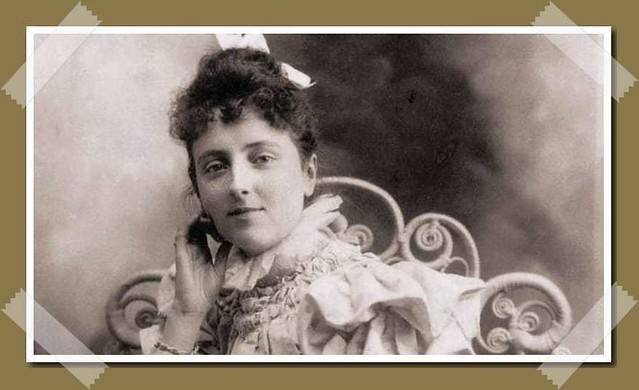 Lucy Maud Montgomery was born in Clifton, Prince Edward Island (PEI), on November 30, 1874. Her mother died before she turned two years old and her father then moved to Prince Albert, Saskatchewan.

Montgomery was raised largely by her maternal grandparents in Cavendish, PEI. From 1880–91, she lived with her father and his second wife in Prince Albert, where she was introduced to Table-Tilting and Spiritualism.

In 1894, Montgomery graduated from Prince of Wales College in Charlottetown, PEI. She worked as a teacher on PEI and in Nova Scotia, where she studied English literature at Dalhousie University in Halifax. In 1901, she began a decade of care of her grandmother Lucy, who had been widowed in 1898.

Montgomery began publishing short stories, poems, and articles. The first of her famous children’s books about a lively auburn-haired young orphan, Anne of Green Gables, was released by a New York publisher in 1908 and was an immediate success, launching her literary career.

After her grandmother’s death in 1911, Montgomery married Ewan Macdonald. They moved first to Leaskdale, Ontario, where their three sons were born (the second was stillborn), then to Norval, Ontario for nine years, and finally in 1935 to Toronto, where Montgomery died on April 24, 1942. She was buried in Cavendish on PEI. Every year, thousands of visitors from around the world visit her grave and the sites featured in her novels and stories. In 1943, she was declared a person of Canadian national historic significance.

In addition to the “Anne” series, Montgomery created a trilogy about another heroine called “Emily,” wrote many other books, articles, and biographies, more than 500 short stories, and about 500 poems.

Montgomery’s views on the occult became known after her death when her private journals were published. In 1918, she experimented with Table-Tilting as entertainment with May Macneill, the wife of her cousin Alec Macneill. Montgomery did Table-Tilting for years, though she was skeptical of spirit influence. After a decade, she stopped doing it except in private, in part because other people insisted she pushed the table herself and because of gossip that it involved dealing with “devils.”

Montgomery claimed not to believe in spiritualism initially. She thought that the phenomena produced by attempts to communicate with the dead came from the subconscious mind. However, when she and May pretended that spirits really communicated, they received numerous messages.

Montgomery became more serious about spiritualism after her beloved cousin Frederica Campbell Macfarlane died on January 25, 1919, in the Spanish flu epidemic. Montgomery wished desperately to communicate with her. She was successful via the talking board.

Montgomery’s other occult interests included interpretation of DREAMS. She sometimes experienced premonitions and came to believe that her cat (Daffy) had psychic abilities.

Mary Butters (late 18th-early 19th centuries) : An attempt to cure a cow of bewitchment with white Magic ended in disaster for Mary Butters, the…

The Morag is a lake monster, similar to those reported in Loch Ness, that has been sighted in Loch Morar, a lake in Scotland near…

Two-Toe Tom In American folklore, a 14foot alligator, in Alabama marsh country near Montgomery, who ate people and animals. When his pond was dynamited by…