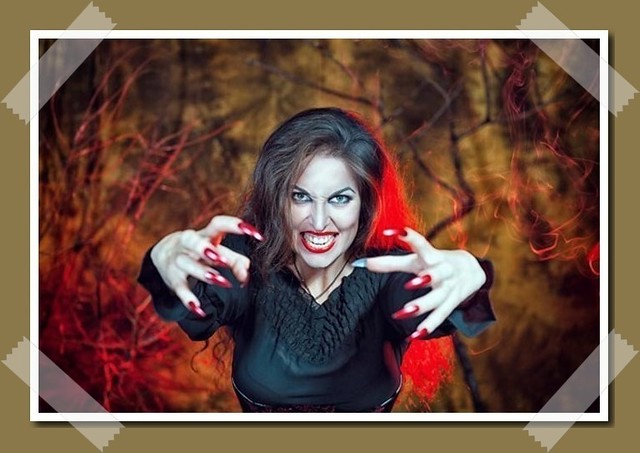 Hair and nails possess magical attributes that contain the essence of a person, and thus are important ingredients in many magic spells. Hair is associated with strength and virility, and with psychic protection. Abundant hair was considered an asset for many monarchs. The ancient Egyptians believed that a potion made of hair, nail clippings and human blood would give a person absolute power over another.

In folklore, a witch’s magical power is bound in her hair. By shaking her hair, the power of a spell is doubled. The shearing off of another’s hair is considered an act of degradation, humiliation or punishment. Samson lost his strength when Delilah cut his hair. The Bhils of Central India tortured suspected witches, then cut off a lock of their hair and buried it, thus severing the link between the witches and their magical power. In the witch-hunts, witches were shaved in the belief that it rendered them powerless and more likely to confess; also, they were shaved to be searched for body marks that could be construed as Devil ’s mArks.

Nails have been associated with Demons and evil; some Jews keep their fingernails as short as possible, and tribes in Madagascar believe the Devil lives under unpared fingernails.

Much Western magical lore about hair and nails can be traced to the Vendidad, a Zoroastrian liturgy written in the mid-5th century b.C.e. According to the Vendidad, hair and nails are instruments of evil because they grow with a life of their own and can be separated from the body, to be used by witches and Wizards for conjuring the dead, bewitching and casting spells. Ahura Mazda gave Zarathustra specific rituals for the safe disposing of hair clippings and nail parings:

For the nails, thou shalt dig a hole, out of the house, as deep as the top joint of the little finger; thou shalt take the nails down there and thou shalt say aloud these fiend-smiting words: The words are heard from the pious in holiness and good thought.

The practice of burying cut hair and nails persists among many cultures. Aleister Crowley secretly disposed of his hair and nail clippings throughout his life. In Ozark lore, hair combings are buried, never thrown out. French peasants bury hair; Turks and Chileans stuff hair clippings into walls.

Sorcerers, CunnIng men And women and witches in many societies have secured the cut hairs of victims to cast spells and break spells. A bewitched victim’s hair thrown into a fire supposedly projects the pain of the flames back onto the witch. The hair of a dead man buried under the threshold of an enemy supposedly will cause the enemy to develop ague. In parts of Germany, a small bag of smooth human hair placed on the stomach will tell someone if they have been bewitched. The answer is yes if the hair is tangled after three days.

Hair, particularly pubic hair, is considered a potent ingredient in many love charms. According to legend, John Fian, a 16th-century Scottish wizard, attempted to make a young girl fall in love with him by making a charm from three of her pubic hairs. However, someone substituted three hairs from a cow’s udder, and the lovestruck cow followed Fian all over town. It is still common for lovers to carry lockets of head hair, and in centuries past, young girls often made hair bracelets to give to their lovers to keep them faithful.

Red-haired persons are witches or sorcerers, according to one old belief. Evidence exists to indicate that some ancient pagan sorcerers dyed their hair red for certain rituals. Red hair was common among the Celts, whose traditions were steeped in magic. During the witch hunts red-haired people were often suspected of being witches. Witches were said to shoot hairballs into animals to harm them. These hairballs supposedly lodged in the beasts’ stomachs without leaving a mark on the skin.

According to superstition, the cutting of hair must be timed according to the phases of the moon, depending on how quickly one desires the hair to grow back. 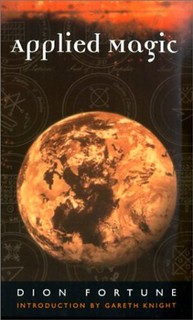 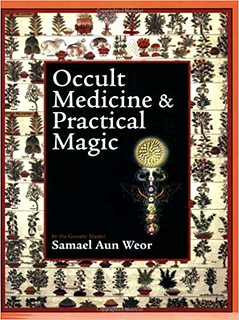 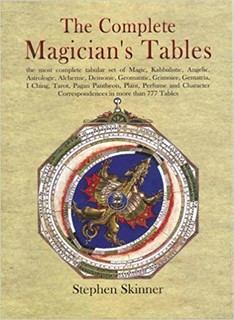 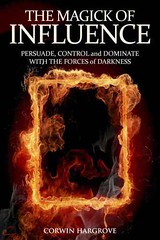