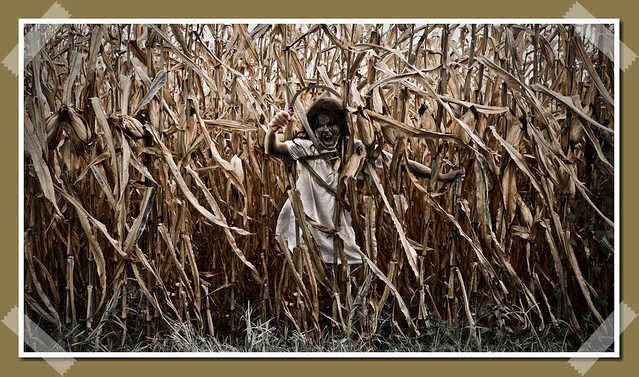 Mazes exist universally around the world. The oldest, in ancient Egypt, is believed to have been built about 5,000 years ago. According to the Greek historian Herodotus, the labyrinth was built by 12 kings as a memorial to themselves, and as the tomb of sacred crocodiles. The Egyptian earth god, Geb, assumed the shape of a crocodile and was worshipped by the souls of the dead, according to the Egyptian Book of the Dead. Herodotus said the labyrinth far surpassed the pyramids in magnifi cence.

In myth and legend, mazes are difficult and fraught with dangers. They are presided over by various deities and supernatural beings and creatures, some of whom help travelers and some of whom hinder. To negotiate a maze successfully is to gain access to the secret mysteries of life and death. The river Lethe (“oblivion”) that separates Hades from the world of the living in Greek myth was said to be a watery labyrinth. The Labyrinth of Crete had no way out; at its center was the mythical beast, the Minotaur, half man and half bull, who devoured people who were sent into the maze as sacrifi cial victims. The hero, Theseus, navigated the maze, slew the monster, and found his way out.

Mazes have many different shapes and patterns; they are symmetrical and balanced. One of the most common shapes is the spiral, a symbol of Goddess, which was the shape of the mythical Labyrinth of Crete, presided over by a Goddess-figure, the Mistress of the Labyrinth.

The Tor, the hill at the ruins of Glastonbury Abbey in Wiltshire, England, is associated with Arthurian and Grail legends. It is believed to have a hollow space inside, which can be approached only by threading one’s way through a real maze which exists on the outer face of the hill. The maze is said to lead to a point of entry to Annwn, the Celtic Underworld or Otherworld ruled by the demigod Gwyn ap Nudd. According to legend, St. Collen successfully negotiated the maze and entered Annwn, where he met the demigod. In Celtic myth, Annwn holds a magic cauldron kept by nine maidens. Magic cauldrons, the source of unlimited physical and spiritual nourishment, inspiration and regeneration, figure prominently in mythologies. For example, there are the magic cauldrons of the Celtic goddess Cerridwen and the Greek goddess Medea.

According to Christian Grail legends, Annwn holds the Grail, the chalice said to have been used by Christ at the Last Supper, and which was used by Joseph of Arimathea to catch Christ’s blood at or after the Crucifixion. The Grail is a variant of the magic cauldron.

During the Middle Ages, mazes were built in the great Gothic churches and cathedrals. In modern times they are created primarily as turf and topiary designs in gardens.