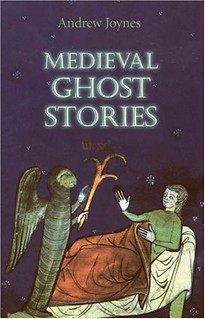 Stories of spirits returning from the afterlife are as old as storytelling: accounts of ghosts and revenants which have crossed the mysterious border between the living and the dead are a dominant theme in many cultures, and in medieval Europe ghosts, nightstalkers, wild hunts and unearthly visitors from parallel worlds have figured in stories already in circulation before the coming of Christianity. Medieval Ghost Stories is a collection of ghostly occurrences from the eighth to the fourteenth centuries; they have been found in monastic chronicles and preaching manuals, in sagas and heroic poetry, and in medieval romances. In a religious age, the tales bore a peculiar freight of spooks and spirituality which can still make hair stand on end; unfailingly, these stories give a fascinating and moving glimpse into the medieval mind. Look only at the accounts of Richard Rowntree’s stillborn child, glimpsed by his father tangled in swaddling clothes on the road to Santiago, or the sly habits of water sprites resting as goblets and golden rings on the surface of the river, just out of reach… Andrew Joynes’s thoughtful commentary relates content and form to events of the time: the monastic reform movement following the first millennium, the growth in philosophical speculation during the twelfth century renaissance, and the channelling of ancient Norse beliefs by Christian authors into the saga literature of Iceland.