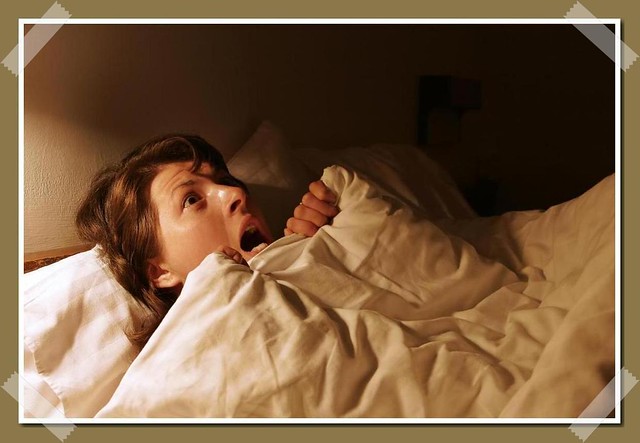 The belief in nightmares as real Demons is ancient. The storm god Alu brought nightmares to the Babylonians, while Greeks suffered the onslaughts of the giant, Ephialtes. The Zohar, or “Book of Splendor” in the Kabbalah, asserts that succubi did indeed cause nightmares in men. In medieval times, nightmares were sometimes thought to be caused by spells cast by witches or by possession. People protected themselves against the dreaded Demons by reciting charms and prAyers and making the sign of the cross before they went to sleep.

Modern research has found the “Old Hag” syndrome to be commonplace around the world; in the United States, it afflicts about 15 percent of the population. The syndrome is characterized by a person awakening to find himself paralyzed and in the presence of a nonhuman entity, sometimes humanoid in shape and with prominent eyes, which often sits on his chest and causes feelings of suffocation. The experience sometimes is accompanied by musty smells and shuffling sounds. Occultists still attribute such attacks to evil spirits.

One scientific theory put forward suggests that the Old Hag syndrome might be a side effect of a poorly understood sleep-pattern derangement, such as narcolepsy.

A nightmare is in folklore, a bad dream caused by DEMONS, Witchcraft, or Sorcery. The term nightmare comes from the Anglo-Saxon terms neaht or nicht (night) and mara (incubus or succubus, “the crusher”). Until the mid-17th century, the term nightmare was used to describe nocturnal attacks that were believed to be of supernatural causes.

In medieval lore, nightmares were thought to be caused by witches called hags who sat on a person’s chest and “rode” him through the night, sometimes killing him from exhaustion. Amulets against hag riding were a penknife placed on one’s breast or a table fork placed under one’s head. A sifter placed under the head also prevented riding, for the hag would be forced to pass through every hole in it, taking her all night.

Nightmares also are a form of Psychic Attack in which magical means are used to summon and send demons to a sleeping victim. (See DREAM SENDING.)

In Filipino lore, bangungut, or “nightmare” is a killing illness caused by a Curse. The victims suffers violent nightmares every night until he or she dies. According to lore, there is no antidote for the curse.