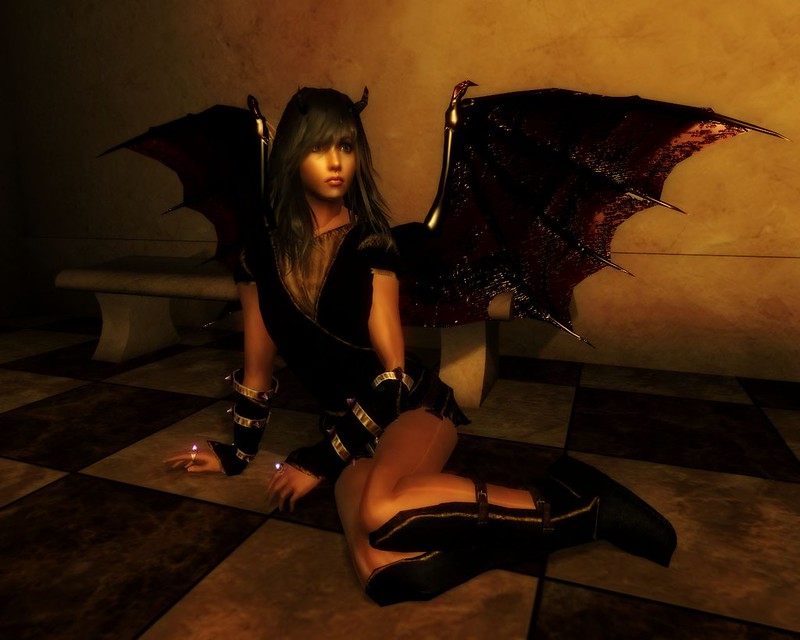 A Succubus is a Demon who takes the form of a beautiful woman in order to seduce men.

The prevailing belief of the time was that women were more licentious than men and, therefore, offered more opportunity for incubi. If a succubus assaulted a man, it was probably not his fault, according to Demonologists of the day.

Nicholas Remy wrote in Demonolatry of a succubus case that happened in 1581. A man named Petrone Armenterious of Dalheim was persuaded by a succubus, Abrahel, to murder his son. He was so overcome with grief and guilt that he contemplated suicide. Abrahel told him that if he worshipped her, he would restore the boy to life. He complied, and his son returned to the living. But it was all an illusion, for the boy suddenly died again and immediately stank abominably.

The sex act itself with a succubus was said to be an awful experience, like penetrating a cavern of ice. Sometimes, a succubus was really an Incubus in disguise, who collected a man’s semen and used it to impregnate a woman. Some believed that sex with succubi could produce Demon children. The Hebrew night Demon, Lilith, bore an infinite number of Demon sons this way.

Men accused of witchcraft were tortured until they confessed having sex with Demons, among other Demonic crimes. In 1468, in Bologna, Italy, a man was executed for allegedly running a brothel of succubi.

The Malleus Maleficarum (1487), the chief inquisitors’ handbook, set forth five ways to get rid of a succubus:
• by reciting the Ave Maria
• by making a sacramental confession
• by making the sign of the cross
• by moving to a new home
• by having a priest or holy man excommunicate the Demon

The Lord’s Prayer and holy water also were said to work a cure.

Francesco-Maria Guazzowrote of one alleged succubus incident in Compendium Maleficarum (1608), in which a succubus forced herself on a young man near Aberdeen, Scotland. The succubus visited him in bed every night and stayed until dawn. The young man claimed that he tried to get rid of the succubus, but to no avail. Finally, the local bishop ordered him to go away to another place and devote himself to prayer and fasting. After several days, the young man said the succubus left him.

At the end of the 17th century, an odd lawsuit was tried in court in Posen, Germany. A young man forced his way into the cellar of a locked home and was later found dead on the threshold. Demons then set up housekeeping inside and created severe disturbances. The owners of the home were frightened into leaving.

Local exorcists failed to expel the Demons, and so an expert was summoned, Rabbi Joel Baal Shem of Zamosz. He was able to induce the Demons to disclose their identity. They claimed the house belonged to them, and they demanded the opportunity to prove it in a court of law. The case was tried with Rabbi Joel and an invisible Demon advocate, who could be heard.

According to the Demons, the previous owner of the home had engaged in intercourse with a succubus, who had borne hybrid children. The man was persuaded by a rabbi to break off his affair, but the Demon demanded that the cellar be given to it and the offspring as inheritance.

The man and all his heirs were now dead, and the Demon children demanded possession of the house. The new homeowners said they had lawfully purchased the house. The Demon children were not legitimate “seed of men” and so had no legal rights. In addition, the Demon had forced the previous owner into sexual relations. The court decided against the Demons, saying that their abodes were deserts and wastelands, not the homes of men. Rabbi Joel performed Exorcisms that drove away the Demons.

How to Summon your OWN SUCCUBUS :

An Incubus is alewd male Demon who pursues women for sex. In Hebrew mythology, the Incubus and his female counterpart, the Succubus, visit women and…

Lilin, singular: Lili Variations: LILIM, Lil-in In Jewish folklore the lilin are a species of Succubus. They were born the daughters of Adam and Lilith.…

Abrahel is a succubus described by Nicholas Rémy in his work Daemonolatreiae libri tres. Rémy's story: According to Rémy, Abrahel appeared in 1581 in the…