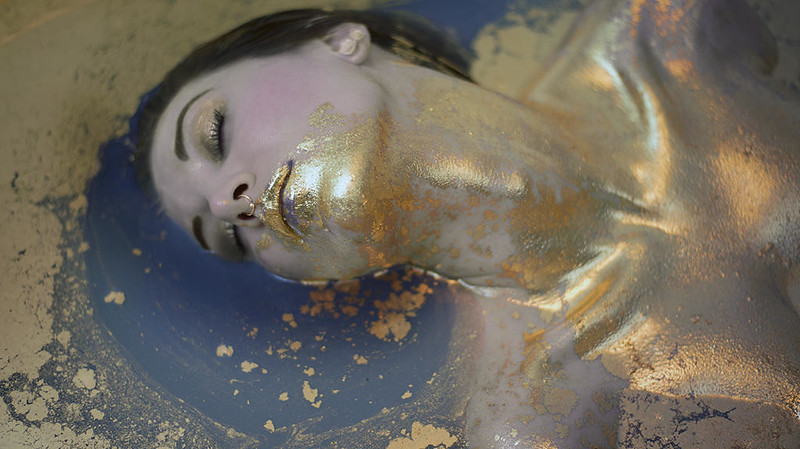 The word Nymph derives from numphe meaning “bride” with the added implication that a girl is old enough to be considered sexually. (Hence the old-fashioned, derogatory pseudopsychological term: nymphomaniac.) There are countless Nymphs: Ovid wrote in his Metamorphosis that every tree harbours a Nymph. The same could be said for every spring, well, or mountain cave.

Nymphs are not trivial, minor, or marginal spirits. Many are profoundly powerful and were once widely venerated, some with organized cults. Shrines existed throughout Greece, often set up in a cave or beside a healing spring. Many were extremely popular and subjects of pilgrimages from great distances.

Veneration of Nymphs was ubiquitous throughout the Greek world before Homer and continued into the Hellenistic era and beyond. They predate the Olympian pantheon, but many Nymphs possess close associations with Olympian deities, especially Artemis, Apollo, Dionysus, Hermes, and Persephone. (To some extent, Apollo and Artemis absorbed many of their functions, at least officially.) In general, Nymphs were spirits beloved by rural, rustic populations rather than the elite who frequented state-sponsored cults. In Homer’s Odyssey, when Odysseus finally reaches his island home, he first kisses Earth and then prays to the local Nymphs. Only then does he invoke Athena.

Nymphs are possessing spirits: people prophesize accurately while possessed by Nymphs or under their influence. Nympholepsy, meaning “possession” or more accurately “seizure” by the Nymphs, was once perceived as a blessing, a positive source of divine inspiration and oracular ability. During the Christian era, nympholepsy was reassessed and considered wholly negative and diabolical. Nymphs were syncretized to evil spirits, including fallen angels and scary Demons like the Lamiae and Gelloudes.

Nymphs were and are ideal deities for independent practitioners. Twenty-three thousand astragaloi (knucklebones used for fortune-telling and gaming) have been discovered in the Korykian Cave of the Nymphs at Delphi. It’s been theorized that those who couldn’t afford the expensive consultations at Apollo’s official shrine consulted the Nymphs instead. Archaeological evidence suggests renewed interest in nymphs’ ancient cave shrines during the third and fourth centuries CE. Jennifer Larson in her study, Greek Nymphs (Oxford University Press, 2001) theorizes that this resurrection of Pagan devotion may have been a response to Christianity.

Nymphs, in general, are associated with healing and prophecy. They are concerned with human reproduction overseeing fertility, pregnancy, childbirth, child care, and children. When the lives of Zeus and Dionysus were endangered as babies, they were entrusted to Nymphs who guarded, nursed, and raised them. (According to some myths, baby Hephaestus was entrusted to Nereids, Nymphs of the sea.) Nymphs also provided funeral rituals for heroes.

Nymphs have dominion over beekeeping and honey production and may have taught humans the art. They are guardians of Earth, presiding over the harvesting of wood or quarrying for minerals, which allegedly cannot be safely done without their express permission.

Gifts of the Nymphs include musical talent, heightened sensitivity, ESP, psychic skills, prophetic ability, and eloquence. They express their displeasure by inflicting bad luck, infertility, impotence, and mental disorders, including insanity, depression, and the inability to find joy. Nymphs are sometimes blamed for drownings in rivers, springs, and wells. (Their modern descendents, the Neraida are still held responsible.)

Beekeepers, diviners and fortune-tellers, midwives, artisans, makers of artisanal cheese and olive oil, those who revel in nature and fight to preserve it

In general, Nymphs appear as beautiful women, but many are skilled shape-shifters. Be prepared for surprises.

During the ancient Sicilian festival of the Nymphs, people celebrated all night by going from house to house, offering sacrifices, drinking (not water!), and dancing around images of the Nymphs in a precursor of Mardi Gras and Carnival.

Silen ORIGIN: Greek Silens are a sub-species of centaur: • Centaurs are four-legged horse-men hybrids. • Silens typically have only two equine legs attached to…

The Lampades, infernal Nymphs, inhabit Hades. Their origins are murky: they may or may not be daughters of Nyx and/or the various river deities of…

The name Alseid derives from Alsos, literally “grove.” Technically, Alseids are Nymphs of groves but are also sometimes associated with grassy meadows, mountain glens, and…

Aristaeus : Ever Close Follower of the Flocks; The Honey Lord; The Bee King; The Best Aristaeus, son of the Nymph Cyrene and Apollo, was…

Oceanids ALSO KNOWN AS: Okeanids The Oceanids, Nymphs of the Sea, are daughters of Oceanus and Tethys. The ocean is redolent of fertility and so…