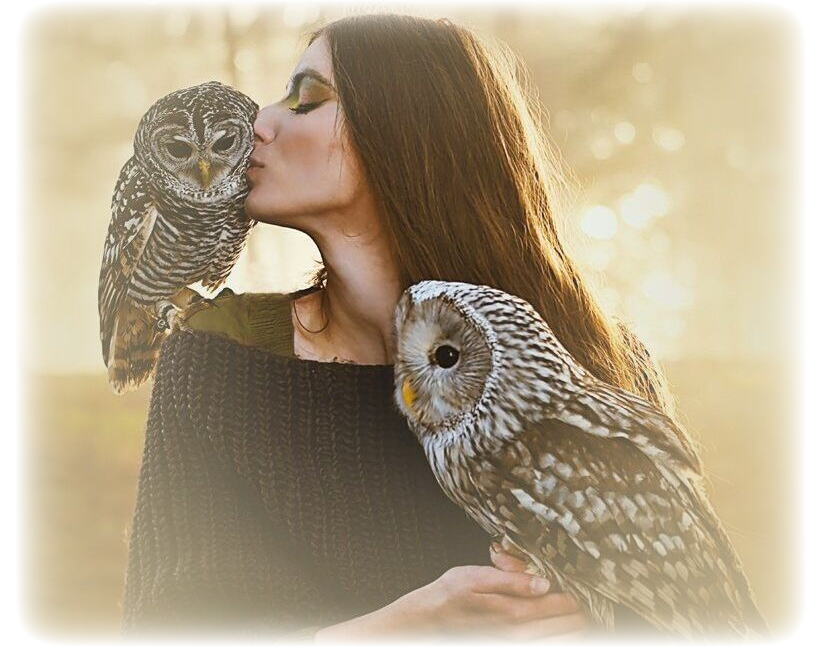 The owl is associated with death, sorcery and the dark underside of life. To the ancient Egyptians, the owl represented night, death and cold. The Bible (Leviticus) says the owl is an unclean bird. The ancient Greeks, however, viewed it as the sacred symbol of wisdom, for the owl was the constant companion of Athena, goddess of wisdom.

The ancient romans considered the bird a bad omen, presaging death; Caesar’s murder was announced by the screeching of owls. Besides death, the hooting of an owl foretells illness, bad weather and the loss of virginity of a village girl. In European and American folklore, various charms could counteract the owl: throwing Salt in a fire, turning one’s pockets inside out or tying knots in a handkerchief.

The Aztecs equated owls with evil spirits, including one regarded as the enemy of the human race, whose name was “rational Owl.” In Africa, owls are feared because they are instruments of sorcerers (see AFrICAn Witchcraft). To North American Indians, the owl is a bird of ill omen, either the harbinger of death or a messenger from the dead. The Sauk believe that if an owl is seen at night, it will cause facial paralysis. Chippewa medicine men stuff the skin of an owl with magic ingredients and direct it to fly to a victim’s house and cause starvation. Folk healers in Peru use owls to combat negative sorcery. In Peruvian myth, the “owl woman” is associated with shamanistic rituals and magical curing (see Shamanism).

Demons in the forms of owls supposed attended witches, accompanying them on their broomstick flights and running errands of evil for them. magicians and healers used owl feathers as a charm to lull people to sleep. In some cultures, the owl has long been respected. In India, eating owl eyeballs is said to give a person night vision. The kiowa Indians of North America believe medicine men turn into owls at death.

Iron is in folklore, one of the best charms against witches, sorcerers, Demons and other evil spirits. In Europe, folklore holds that witches cannot pass…

Sorcerers in many cultures send animals, birds, insects, spirits, animated objects and allegedly even bewitched corpses to carry out Curses—usually of death— against victims (see…

In folk Magic, a black spider eaten every morning between two slices of buttered bread will endow one with great strength and power. According to…