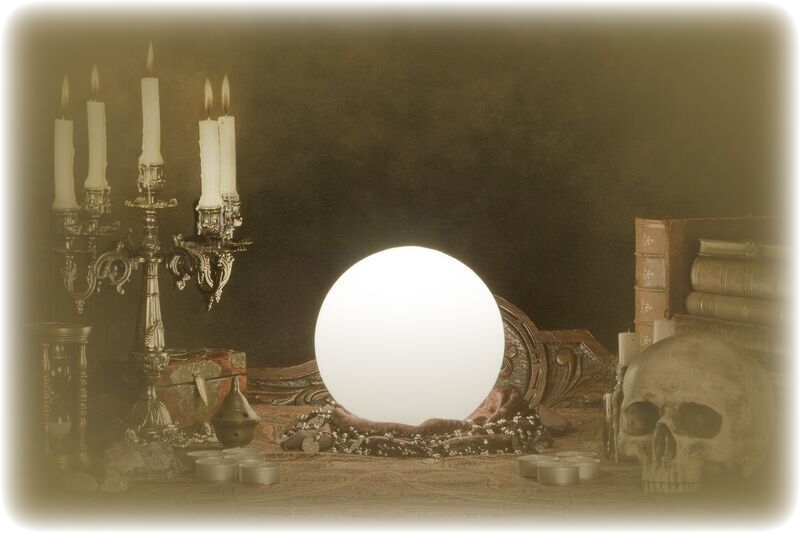 PSI
An acronym derived from paranormal sensory information’ and used to describe ESP, psychokinesis and other related powers. Psi is also the 23rd letter of the Greek alphabet and was traditionally associated with psychic phenomena because it was the first letter of the word psyche, meaning ‘breath’, ‘spirit’, life’ and ‘soul’. Occultists believe psi to be a vibration that manifests in the universe but scientists are unwilling to accept this explanation due to lack of evidence.

In 1946 English psychologist Dr Robert Thouless and his colleague, Dr W.P. Weisner, started to use the term psi to describe ESP and psychokinesis because they were so closely linked. The term has since expanded to include almost any paranormal phenomena or experience.

Decades of research on PSI have bought researchers no closer to understanding how it functions; all that is known is that it operates outside the boundaries of space and time. It has been suggested that PSI is some kind of wave, force or particle but all these theories have been discarded as psi is not affected by the laws of physics. Neither is it subject to the laws of thermodynamics or the law of gravity. It does not require any exchange of energy and is not governed by the laws of relativity, which holds that nothing can move faster than the speed of light. The inability of researchers to explain PSI scientifically has forced some to look for alternative explanations.

One way researchers have attempted to identify PSI is through measurements of involuntary physiological processes in the automatic nervous system. The Galvanic test response (GSR), which measures sweat gland activity, the plethysmograph, which measures changes in blood volume, and the electroencephalograph (EEG), which measures brain wave activity are the most common measures used. The measures monitor emotional arousal and show that automatic nervous system activity increases when information that is emotionally charged for the subject appears to be conveyed psychically.

Ganzfeld stimulation experiments have revealed that an alpha state of brain wave activity is most conducive to PSI. PSI performance also seems to improve with positive thinking and expectation and a friendly atmosphere. It decreases with anxiety, negative thinking, boredom and a hostile atmosphere.

Parapsychologists commonly use the term psi as shorthand for psychic phenomena. The latter include the three main categories of extrasensory perception (ESP): telepathy, clairvoyance, and precognition; plus psychokinesis as well as all related psychic experiences, including remote viewing, near-death experiences, and out of-body experiences. The term PSI was first used in 1942 in a minor publication on ESP, but it was popularized by parapsychologist J.B. Rhine beginning in 1948.

Some people who believe that it is possible to move either mentally or physically time and back and forth through time, and perhaps through other…