Sigils are symbols linked to names and sets of ideas, by which spirits or deities may be called into awareness and controlled. The term comes from the Latin sigillum, which means “seal.” A sigil alone does not call forth spirits but serves as a physical focus through which a practitioner achieves a desired state of mind. Sigils represent the secret names of spirits and deities, which reveal themselves differently to each magic practitioner. Once a spirit or deity has been summoned in magic, it may be controlled, if necessary, by subjecting its sigil to fire or thrusts with the magical sword.

Sigils also represent complex concepts or contain the entire essence of a spell. The pentacle (see Pentacle And Pentagram) is the most powerful sigil for contemporary Witchcraft. Sigils are also used as identifying logos of organizations. An individual may adopt a sigil, such as a runic letter, to inscribe on magical tools (see wItches’ tools). Sigils may serve as Amulets, Talismans or meditational tools.

Sigils may be geometric shapes, astrological signs, alchemical symbols, Crosses and signs associated with deities. They are created through intuition, inspiration and meditation.

A sigil is energized in a Ritual with chanting and visualization. When it is charged, it is “sent” to do its work. meditation upon a sigil enables one to access everything the sigil represents without consciously thinking about it.

sigil In Magic, symbols that express occult forces, such as contained in a set of ideas, sacred nameS, and the numerical essences of PLANETS. ISRAEL REGARDIE described sigils as “symbols representing either an inherent occult force in man or an Essence or principle obtaining as an intelligent sigil 293 moving force in the universe.” The term sigil comes from the Latin sigillum, which means “seal.” A sigil itself does not call forth spirits, but it serves as a physical focus through which the practitioner achieves a desired state of mind. Its primary purpose is to stimulate the IMAGINATION of the MagicIAN in accordance with the purpose of a Ritual. A sigil is given energy via visualization, chanting, and intensity of WILL and then is “sent.” The correct use of sigils is one of the factors that determines the success of the ritual. Sigils can be likened to a form of shorthand that enable a magician to set in motion forces or to summon spirits into awareness and control them. Sigils are created from the Numbers in Magic SQUARES. They also can be Symbols, astrological signs, RUNES, and even designs created by a magician. They can contain the entire essence of a Spell or the magical properties of celestial forces, spirits, or deities. A magician might have a personal sigil that she or he engraves upon her or his Tools. Sigils also can serve as the focus of meditation and contemplation. The English occultist AUSTIN OSMAN SPARE developed his own system of sigils using ordinary letters of the alphabet, which he combined from affirmative statements concerning a goal. Spare said that “sigils are the art of believing, my invention for making belief organic, ergo, true belief.” Furthermore, he described them as “monograms of thought” that find fulfillment from the subconscious. He preferred his system to ritual magic, saying that it did not require a person to “dress up as a traditional magician, wizard or priest, build expensive temples, obtain virgin parchment, black goat’s blood, etc., etc., in fact no theatricals or humbug.” Spare’s sigil process has four steps: formulation, creation, charging, and relinquishing. First the goal or desire must be formulated in a sentence that begins “It is my desire . . .” or “This my will . . .” or “This my wish. . . .” All repeating letters are removed, and the sigil is designed from the remaining letters, which are combined into shapes. The sigil is charged at a “magical time” of peak emotional intensity, in which it is energized and shot off into the void of deep space. The sigil is then consciously forgotten, relinquished to the powers of the subconscious. In The Book of Pleasure (Self-love): The Psychology of Ecstasy (1913), Spare said that one must know exactly what the sigil is for and what it relates to. “If you use any form stupidly,” said Spare, “you might possibly ‘conjure up’ exactly what you did not want—the mother of insanity, or what always happens then, nothing at all.” 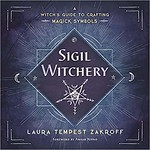 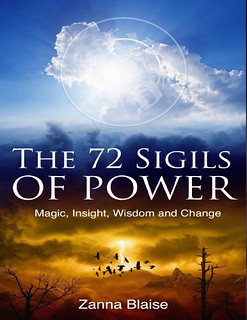 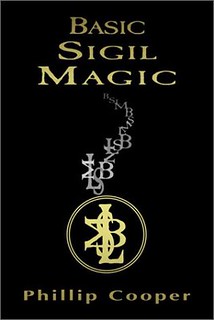 A Seal is in Magic, a symbol unique to a Demon, Angel, or other occult force, used in rituals such as the summoning of specific…

The most effective way to communicate with your subconscious is via magically charged symbols, or sigils. Cooper shows you how to create sigils and use…

Discover the Power of Line and Symbol Sigils are magical symbols that are designed to influence ourselves and the world around us. Tracing through history,…

Create and use powerful symbols of Will Practical Sigil Magic is widely regarded as the definitive guide to the topic. Unavailable for a number of…

More than 300 individual powers are revealed in this book, including Manifestation, Transformation, Prosperity, Success, Healing, Recovery and Love. You will learn two types of…