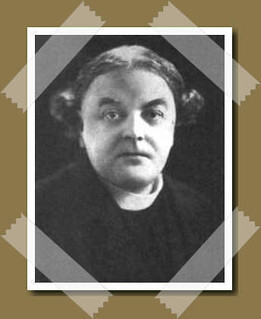 Montague Summers, (1880–1948) was an English author who wrote extensively on Witchcraft, Demonology, vampires and werewolves (see Lycanthropy). He believed that Satan and his Demons were real and that they exerted a powerful hold over witches, who were evil. He was credulous of the dark, supernatural worlds he explored. Nevertheless, his books, some of which were still in print in the late 20th century, offer an interesting look at popular stories and beliefs of earlier times.

Summers was born Alphonsus Joseph-Mary Augustus Montague Summers on April 10, 1880, in Clifton, near Bristol. He was the youngest of seven children in a family headed by a banker and justice of the peace. He was raised an Anglican but later converted to Catholicism.

Early in life, Summers was drawn to drama and literature, subjects on which he wrote books later in life. He studied at Trinity College in Oxford and then at Lichfield Theological College. He earned both bachelor and master of arts degrees by 1906.

While working as a curate in Bath, he and another clergyman were charged with pederasty. Summers was acquitted and the charges were dropped.

In 1909 he entered the roman Catholic Church and became a priest. From 1911 to 1926 he taught at various schools and wrote books on literature, drama and the supernatural. In his later years he lived at Oxford, studying the thousands of books he had collected over the years. He was considered an odd man by his peers.

Summers devoted more than 30 years to an intense study of witchcraft, which he felt had been neglected by serious English historians. He reviewed the works of older Demonologists, men such as Jean Bodin, Nicholas Rémy, Francesco-Maria Guazzo and many others. He translated into English the Malleus Maleficarum, first published in 1486 and the most influential guide in the persecution, torture and execution of alleged witches during the entire witch hysteria. He exalted the book’s authors, James Sprenger and Heinrich Kramer, as brilliant men. He also translated or edited the works of leading Demonologists, including Henri Boguet, Guazzo, Rémy, Reginald Scot , Richard Bovet and Ludovico Sinistrari.

Summers believed in witches and felt they deserved the punishment they got, but he disagreed with British anthropologist Margaret A. Murray in her assertion that witchcraft was an organized religion in the middle Ages. That, said Summers, was “a most ingenious . . . but wholly untenable hypothesis.”

In his book The History of Witchcraft and Demonology (1926), Summers maintained that witchcraft was not necessarily a product of the middle Ages but did rise up at that time with sufficient force to threaten the very peace and salvation of mankind. He believed the confessions of witches to be not the products of hysteria and hallucination but “to be in the main hideous and horrible fact.”

Summers embraced every belief about the evil and vileness of witches. In the introduction of History, he told his readers:

In the following pages I have endeavored to show the witch as she really was—an evil liver; a social pest and parasite; the devotee of a loathly and obscene creed; an adept at poisoning, blackmail and other creeping crimes; a member of a powerful secret organization inimical to Church and State; a blasphemer in word and deed; swaying the villagers by terror and superstition; a charlatan and a quack sometimes; a bawd; an abortionist; the dark counsellor of lewd court ladies and adulterous gallants; a minister to vice and inconceivable corruption; battening upon the filth and foulest passions of the age.

Summers wrote The Geography of Witchcraft (1927) and A Popular History of Witchcraft (1937). His books on vampires and werewolves—which some critics say are filled with unsubstantiated old wives’ tales—are The Vampire: His Kith and Kin (1928); The Vampire in Europe (1929); and The Werewolf (1933).

Summers died on August 10, 1948, the same year in which a new edition of his translation of the Malleus Maleficarum was issued.

“The Vampire – His Kith and Kin” is a 1928 work by English clergyman and author Montague Summers. Within it, Summers discusses the vampire phenomena…

Written by a venerable author of occult studies, The Werewolf in Lore and Legend is the first definitive book on werewolfery and the remarkable successor…

cocks Symbols of light and goodness, cocks have been favoured birds of sacrifice to the gods. The cock is sacred and is associated with sun…

An important late sixteenth century text on witchcraft “drawn from the capital trials of 900 persons, more or less, who within the last fifteen years…