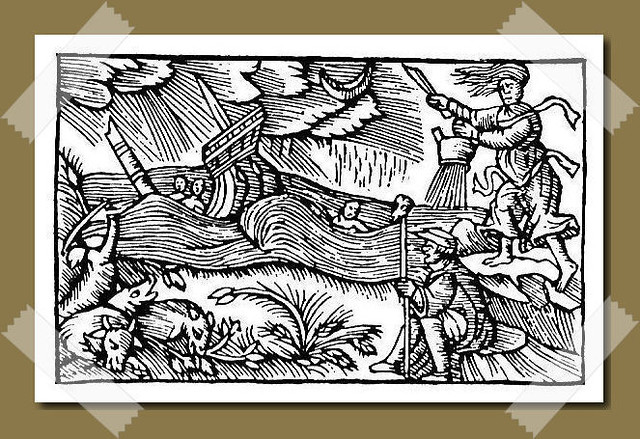 The Tempestarii were in medieval lore, witches who specialized in storm raising for the mythical dwellers of a land in the sky called Magonia. When huge storm clouds rolled over the land, they were said to be the ships of the magonians. The Tempestarii aided the magonians by whipping up the wind and creating lightning and thunder.

By maliciously dumping their cargoes overboard, the magonians sent hail to pelt the crops below. Then they would land their ships and, with the further help of the Tempestarii, steal the beaten-down crops. Often they would streak back into the sky without paying the Tempestarii and the witches would give chase, which the peasants below saw as the wispy clouds in the sky that follow a storm.