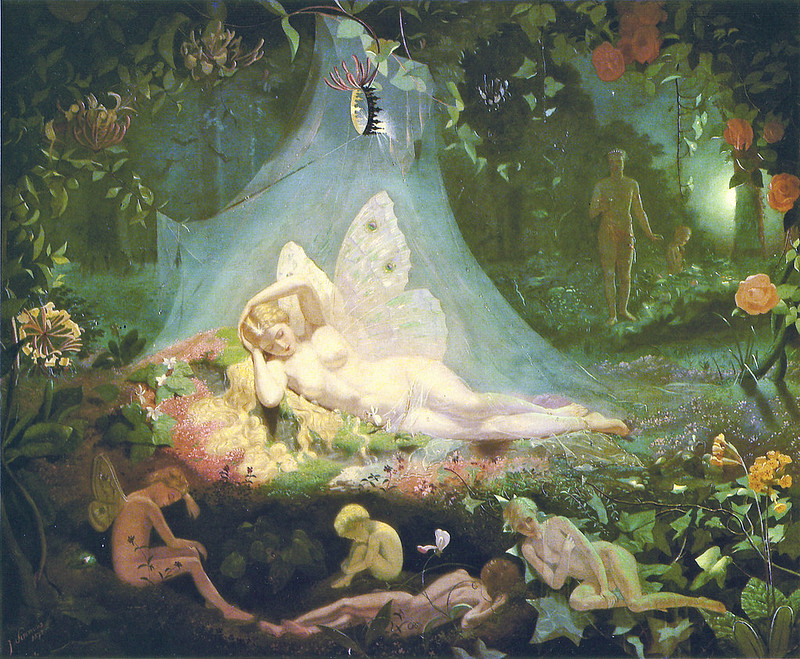 Titania is the name given the Fairy queen in William Shakespeare’s A Midsummer Night’s Dream but is also found in Ovid as an alternative name for the goddess Diana. Flower Fairies serve as her attendants. Titania is the Fairy credited with giving the Fairy Flag to the Chief of Clan MacLeod of the Isle of Skye in the thirteenth century. Since her stage debut with Shakespeare, Titania has made frequent appearances in popular culture including in books, paintings, and video games.

OBERON : KING OF SHADOWS According to William Shakespeare, Oberon is King of the Fairies. Oberon and his consort Titania star in Shakespeare’s romantic comedy…

Maev (Maeve, Medb, Meadhbh) (she who intoxicates) The most vibrant female personality in all of Celtic mythology. She is queen of Connaught, an evil war…