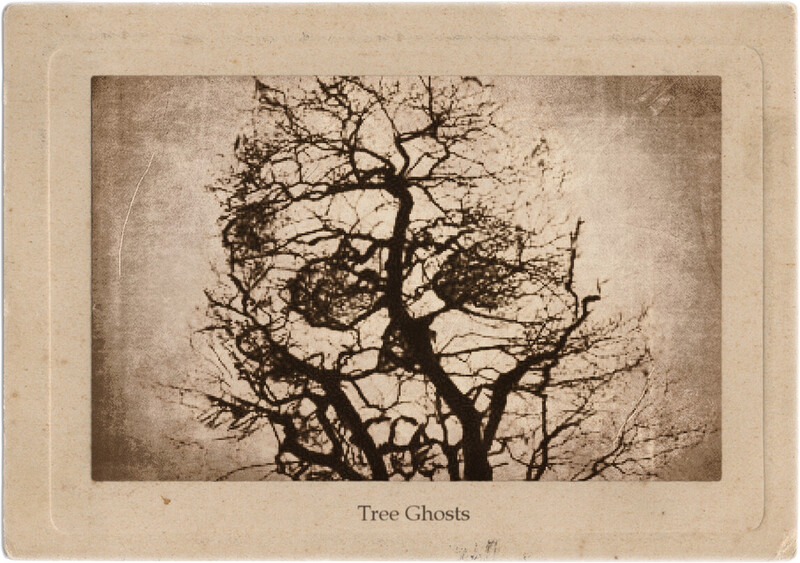 Trees are widely believed to be favourite dwelling places for Ghosts of the dead. In northern India, for example, many local shrines are built under trees for the propitiation of the resident ghosts. The Bira is a tree that is home to the Bagheswar, a tiger godling which is one of the most dreaded deities for the jungle tribes of Mirzapur. In the Dakkim, it is thought that the spirit of the pregnant woman of Churel lives in a tree.

The Abor and Padam peoples of East Bengal believe that ghosts in trees kidnap children. In the Konkan, the medium, called a Bhagat, who becomes possessed is called Jhad, or tree. In Indian lore, Devadatta worshipped a tree which suddenly broke in two one day. A nymph appeared and lured Devadatta inside, where he found a palace full of jewels and saw the maiden daughter of the King of the Yakshas, Vidyatprabha, lying on a couch.

In 1981, more than 5,000 persons from around the United States flocked to see an allegedly haunted and crying pecan tree in Gilbertown, Alabama. The tree was in the front yard of a home belonging to Mrs. Linnie Jenkins. On April 12, 1981, Mrs. Linnie, as she was called, reported to relatives that her pecan tree was making an “awful noise.” Her brother, sister-in-law and others heard the strange crying sound, but no one could determine a cause. It was claimed that the house stood on an ancient Indian burial site, and therefore the noise was the sound of an unhappy Indian warrior spirit crying.

The story was reported in the media, which attracted curiosity seekers. People came simply to stand in Mrs. Linnie’s yard and listen to the tree. As the crowds grew, the concerned but enterprising Mrs. Linnie began charging a fee to try to discourage them. First she charged 25¢, which had no effect, and then 50¢, which did lessen the number of spectators.

Within a month, the noise in the pecan tree began to weaken. A copper tube was drilled into the tree to serve as a megaphone. The noise died away shortly after the last story appeared in a local newspaper on April 30.

No satisfactory explanation was ever put forward. It was proposed that the noise was caused by Bess beetles or by gases produced from the souring wood in the tree. One fanciful explanation held that seals in a subterranean sea were making whimpering noises.

The Kan Hotidanis in Native American lore, a powerful and feared elflike tree spirit who lives in tree stumps and casts spells over unwary travellers.…

Lady Banana Ghost names a species of tree spirit who live within certain types of small Thai banana trees. Each tree has its own ghost.…

The Surem are ancestral spirits of the Yaqui people, who are native to the Yaqui River Valley of Sonora, Mexico, but now also live in…