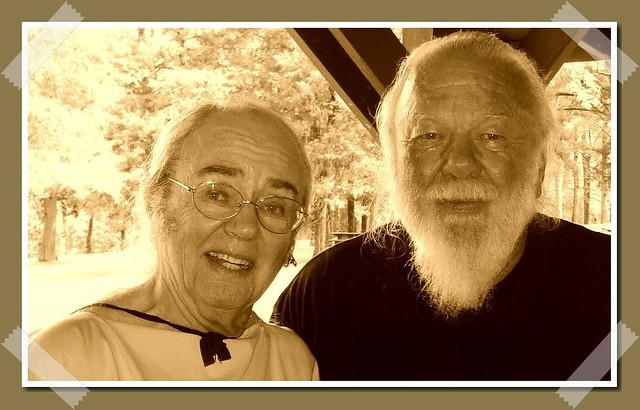 Frost, Gavin (1930- ) and Yvonne (1931- ) Witches, authors and founders of the Church and School of Wicca, located in Hinton, West Virginia. The Frosts have steadfastly followed their own path in the Craft, and whenever that took them out of mainstream views, they have weathered much criticism from others in the Wiccan/Pagan communities. Though the Frosts are Witches, they do not consider themselves Pagans, because they do not worship nature or named deities. They are open about their Craft and view their work as a needed “information booth” to Pagans and non-Pagans alike.

Gavin Frost was born in 1930 in Staffordshire, England, to a Welsh family. The seeds of his interest in Witchcraft were planted in childhood, during which he spent holidays in Wales, a country steeped in folk magic, Witchcraft and the occult. From 1949 to 1952, he attended London University, graduating with a bachelor of science degree in mathematics and a doctorate in physics and math. At the university, Gavin joined an informal group formed by T. C. Lethbridge, a Demonstrator (laboratory assistant) who was interested in magic, the occult, dowsing and sacred stone sites (Lethbridge went on to write Witches, published in 1962, and other works).

The group decided to undertake an initiation and sought the help of a pursuivant of the duke of Norfolk, who, as Earl Marshal, is the heraldic head of England. The duke's four pursuivants look after heraldic designs, and their offices correspond to the four directions. The initiation was carried out at a stone circle in Boskednan, Cornwall, in 1951. The initiates received a mark cut onto their wrists. While working on infrared missiles in the Salisbury Plain for an aerospace company — a job which required nighttime hours — Frost had ample time to explore Stonehenge and its environs during the day.

He became further intrigued about the megaliths and their mysterious builders and was led to the Craft. Gavin lived in Germany from 1966 to 1968, where he joined the Zauberers, an occult group of sorcerers in the Bayrischen Naehe, south of Munich. The group's required initiation was to hike up to the top of a mountain in the middle of the night in winter. The test of this centred on one's ability to generate one's own body heat, like the tamo taught to Tibetan monks. Gavin was able to pass the snow line, but did not reach the mountaintop. Nonetheless, he qualified as a Zauberer. Gavin was married from 1954 to 1969. He has two children, a son and a daughter, from that marriage.

Yvonne Frost was born Yvonne Wilson in 1931 in Los Angeles into a “foot-washing Baptist” family. 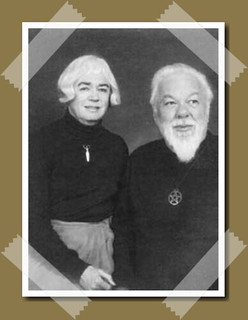 After struggling through her childhood and teen years to come to terms with the Baptist faith, Yvonne began a comparative study of religions in her early adult years to find a more compatible faith. Her family heritage includes two long lines of Witches going back for generations to the Cumberland Gap of Kentucky and to Clan Gunn of Scotland. In 1950 she married a military man and spent time in Germany. When the marriage ended 10 years later (there were no children), she enrolled in Fullerton Junior College in Fullerton, California, to earn an A. A. degree in secretarial skills. She graduated in 1962.

Meanwhile, Gavin's career in the aerospace industry had taken him to Ontario, Canada, and then to California. He and Yvonne met in the 1960s in the halls of their mutual employer, a major aerospace company in Anaheim. She was involved in Spiritualism and was exploring spiritual alternatives, and he was involved in Witchcraft. Together they studied psychic development with a Spiritualist teacher. A career move took them to St. Louis, where they pursued the Craft and Yvonne was initiated into the Celtic tradition.

Seeing the confusion about Witchcraft and Wicca in the general population in the United States, and reading of negative behaviours being called Witchcraft, they decided they would try to change the popular image of the religion they had espoused. They co-authored a book, The Witch's Bible, but could not find a publisher for it. As an alternative, they organized the material as correspondence courses and advertised the School of Wicca in magazines. The federal recognition of the church followed in 1972.

The Frosts married in 1970; they have one daughter, Bronwyn, who works with them at the church and school. In 1972, Gavin left his aerospace career to devote himself full time, along with Yvonne, to the numerous activities of the church and school. They moved to Salem, Missouri, and then to New Bern, North Carolina, in 1974-75. In 1996 they moved to Hinton, West Virginia. Both Gavin and Yvonne have doctor of divinity degrees from the Church of Wicca. Gavin serves as archbishop and Yvonne as bishop.

They are the Arch-Flamen and Flamenca, respectively, of the Western Neighborhood, or high priest and high priestess of the eternal flame. They have taken vows of poverty. The Frosts do healing work and have been active public speakers. They are prolific authors, with more than 22 books and monographs. The Witch's Bible remains one of their best-sellers and has been periodically updated. In 1991 it was retitled Good Witch's Bible. Other notable titles are The Magic Power of Witchcraft (1976), Helping Yourself with Astromancy (1980), Astral Travel (1982), Tantric Yoga (1989), the first Western book on the subject to be translated into Hindi, Good Witch's Guide to Life (1991), The Prophet's Bible (1991), Who Speaks for the Witch? (1991), Witch Words (1993), Good Witch's Bible (1999), The Witch's Magical Handbook (2000), The Witch's Book of Magical Ritual (2002), A Witch's Guide to Psychic Healing: Apply- ing Traditional Therapies, Rituals, and Systems (2003), The Solitary Wiccan (2004) and Good Witches Fly Smoothly: Surviving Witchcraft (2006).

Folk Witchcraft : A Guide to Lore, Land, and the Familiar Spirit for the Solitary Practitioner – Roger Horne

Church and School of Wicca Religious and educational institutions founded by Gavin and Yvonne Frost, located in Hinton, West Virginia. The Church of Wicca, founded…

Gavin Bone is a Wiccan and author and companion/partner with Janet Farrar. In his work with Janet and her late husband, Stewart Farrar, Gavin Bone has advocated a “progressive” and more shamanic trance Craft based on direct relationship with deities.

This is the most radical work to date by Janet Farrar and Gavin Bone, arguably the world’s leading experts on the subject of Modern Witchcraft…