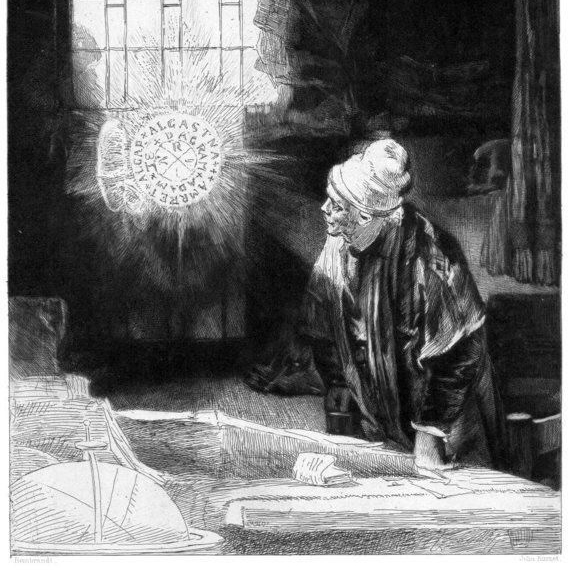 Abramelin the Mage (1362–1460) was a Jew from Würzburg, Germany, Abraham, or Abramelin (also spelled Abra-melin), created a body of magical works that for centuries influenced magicians, including Aleister Crowley.

An expert on the Kabbalah, Abramelin said he learned his magical knowledge from Angels, who told him how to conjure and tame demons into personal servants and workers, and how to raise storms (see Storm Raising). He said that all things in the world were created by demons, who worked under the direction of angels, and that each individual had an angel and a demon as Familiars. The basis for his system of magic, he said, may be found in the kabbalah.

According to lore, Abramelin created 2,000 spirit cavalrymen for Frederick, elector of Saxony. He also is said to have aided an earl of Warwick in his escape from jail and helped save the antipope John XXIII (1410–15) from the Council of Constance.

It was translated into English around the turn of the 20th century by S.L. MacGregor Mathers, one of the early and most influential members of the Hermetic Order of the Golden Dawn. Crowley borrowed from the book for his own rituals to master Demons, and Gerald B. Gardner used it as a source for his Book of Shadows.

Abramelin magic is similar to that found in The Key of Solomon, considered the leading magical grimoire (see Grimoires). It is based on the power of numbers and sacred names and involves the construction of numerous magical squares for such purposes as invisibility, Flying, commanding spirits, Necromancy, shape shifting (see Metamorphosis) and scores of other feats. rituals for conjuring spirits, creating magic squares and making seals and sigils are elaborate and must be followed exactly in accordance with astrological observances.

The book of the sacred magic of Abramelin the mage, as delivered by Abraham the Jew unto his son Lamech, A.D. 1458 Abraham ben Simeon,…

Arrabin: One of several demonic servitors attributed to the rule of Magoth, Arrabin appears in the Sacred Magic of Abramelin the Mage. In the Mathers…

Arotor is a demon mentioned in the Sacred Magic of Abramelin the Mage. Arotor is said to serve the demon-king Magoth.

Arpiron: Also known as Harpinon, this demon is said to serve beneath the arch-demon Magoth. Arpiron appears in the Sacred Magic of Abramelin the Mage…

Akoros: A demon said to serve the infernal king Amaimon in the Sacred Magic of Abramelin the Mage. According to the Mathers translation of this…