The Hermetic Order of the Golden Dawn is one of the most influential Western occult societies of the late 19th century to early 20th century. Like a meteor, it flared into light, blazed a bright trail and then disintegrated. Members included W. B. Yeats, A. E. Waite, Aleister Crowley and other noted occultists. The key founder of the Golden Dawn was Dr. William Wynn Westcott, a London coroner and a Rosicrucian.

In 1887 Westcott obtained part of a manuscript written in brown-ink cipher from the rev. A. F. A. Woodford, a mason. The manuscript appeared to be old but probably was not. Westcott himself is believed to be the author. Westcott claimed he was able to decipher the manuscript and discovered it concerned fragments of rituals for the “Golden Dawn,” an unknown organization that apparently admitted both men and women.

Westcott asked an occultist friend, Samuel Liddell MacGregor Mathers, to flesh out the fragments into fullscale rituals. Some papers evidently were forged to give the “Golden Dawn” authenticity and a history. It was said to be an old German occult order. Westcott produced papers that showed he had been given a charter to set up an independent lodge in England.

The Isis-Urania Temple of the Hermetic Order of the Golden Dawn was established in 1888, with Westcott, Mathers and Dr. W. R. Woodman, Supreme magus of the Rosicrucian Society of Anglia, as the three Chiefs. The secret society quickly caught on, and 315 initiations took place during the society’s heydey, from 1888 to 1896.

An elaborate hierarchy was created, consisting of 10 grades or degrees, each corresponding to the 10 sephiroth of the Tree of Life of the Kabbalah, plus an 11th degree for neophytes. The degrees are divided into three orders: Outer, Second and Third.

One advanced through the Outer Order by examination. Initially, Westcott, Mathers and Woodman were the only members of the Second Order, and they claimed to be under the direction of the Secret Chiefs of the Third Order, who were entities of the astral plane. Mathers’ rituals were based largely on Freemasonry.

In 1891 Woodman died and was not replaced in the organization. Mathers produced the initiation ritual for the Adeptus minor rank and renamed the Second Order the Ordo Rosae Rubeae et Aureae Crucis, or the Order of the rose of ruby and Cross of Gold (R. R. et A. C.).

Initiation was by invitation only. Mathers was at the very least eccentric and possibly was mentally unstable. He never consummated his marriage with his wife, Mina, who, he said, received teachings from the Secret Chiefs through clairaudience, or supernormal hearing. His finances were erratic, and in 1891 he and his wife were penniless.

A rich Golden Dawner, Annie Horniman, became their benefactor. Mathers and his wife moved to Paris, where Mathers set up another lodge. He continued to write curricula materials and send them to London. He was obsessed with jealousy over Westcott and became increasingly autocratic. He devoted a good deal of time to translating the manuscript of The Book of the Sacred Magic of Abra-Melin the Mage, which he claimed was bewitched and inhabited by a species of nonphysical intelligence. (The book eventually was published in 1898).

In 1896 Horniman cut off her financial support to Mathers. The same year, Mathers claimed that the Secret Chiefs had initiated him into the Third Order. Horniman disputed his claim and was expelled from the society. In 1897 members began to discover Westcott’s questionable role in “discovering” the Golden Dawn. He resigned his post and was succeeded by Florence Farr.

By then, irreparable schisms were forming within the Golden Dawn. Aleister Crowley was initiated in 1898 and rapidly rose up the ranks. In 1899 he went to Paris and insisted upon being initiated into the Second Order. Mathers complied. The London lodge, under Farr, rejected his initiation. In 1900 Crowley went to England as Mathers’ “Envoy Extraordinary” and attempted to take control of the quarters of the Second Order.

He appeared wearing a black mask, Highland dress and a gilt dagger and stormed the lodge but was turned away. The Crowley-Mathers alliance was always troubled. Crowley considered himself a superior magician to Mathers. The two supposedly engaged in magical warfare. Mathers sent an astral vampire to attack Crowley psychically, and Crowley responded with an army of Demons led by Beelzebub.

The London lodge expelled both Crowley and Mathers. Crowley retaliated by publishing some of the Golden Dawn’s secret rituals in his magazine, The Equinox. W. B. Yeats took over the Second Order. He attempted to restore unity, but the schisms in the Golden Dawn broke into independent groups. Followers of Mathers formed the Alpha et Omega Temple.

In 1903 A. E. Waite and others left, forming a group with the name Golden Dawn but with more of an emphasis on mysticism than magic. In 1905 another splinter group was formed, the Stella matutina, or “Order of the Companions of the rising Light in the morning.”

The Isis-Uranian Temple became defunct. In 1917 it was resurrected as the merlin Temple of the Stella matutina. The Stella matutina went into decline in the 1940s, following the publication of its secret rituals by a former member, Israel Regardie, Crowley’s one-time secretary. Waite’s group, which retained the Golden Dawn name and some of its rituals, declined after 1915 with Waite’s departure.

Some distant offshoots of the Golden Dawn continue in existence. During its height, the Hermetic Order of the Golden Dawn possessed the greatest known repository of Western magical knowledge. Second Order studies centered on the kabbalistic Tree of Life.

Three magical systems were taught: the Key of Solomon (see grimoires); Abramelin magic (see Abramelin the mage); and Enochian magic (see John Dee). materials also were incorporated from the Egyptian Book of the Dead, William Blake’s Prophetic Books and the Chaldean Oracles. Instruction was given in astral travel, scrying, alchemy, geomancy, the Tarot and astrology.

The key purpose of the order was “to prosecute the Great Work: which is to obtain control of the nature and power of [one’s] own being.” Some of the texts included Christian elements, such as the establishing of a closer relationship with Jesus, the “master of masters.” Members circulated various Catholic and Anglican writings and sermons. These were omitted from the materials published by Regardie.

Elements of Golden Dawn rituals, Rosicrucianism and Freemasonry have been absorbed into the rituals of modern Witchcraft.

Members of the Golden Dawn : 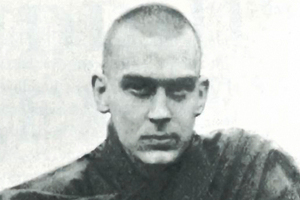 Allan Bennett, (1872–1923) was an English occultist and a principal member of the Hermetic Order of the Golden Dawn.  Allan ...
Read More 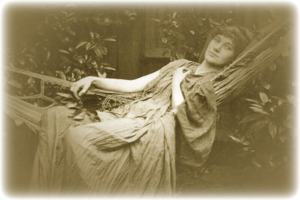 Florence Beatrice Farr (1860–1917) was an English actress, occultist, and an important member of the Hermetic Order of the Golden ...
Read More

Annie Horniman (1860–1937) was a wealthy tea heiress, dramatist, and member of the Hermetic Order of the Golden Dawn. Annie ...
Read More 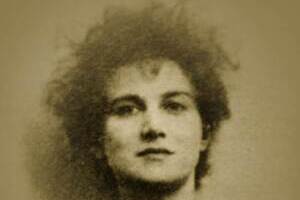 Samuel Liddell MacGregor Mathers (1854–1918) was an English occultist, author, and founding chief of the Hermetic Order of the Golden ...
Read More 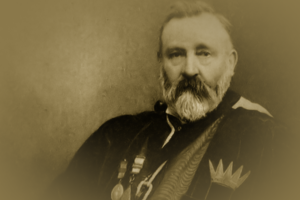 William Wynn Westcott (1848–1925) was an English occultist and founder of the Hermetic Order of the Golden Dawn.  William Wynn ...
Read More

William Robert Woodman (1828–1891) was an English occultist and a founder of the Hermetic Order of the Golden Dawn. William ...
Read More 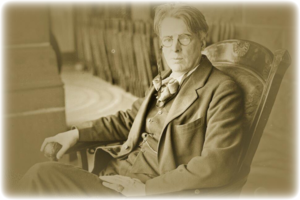 William Butler Yeats (1865–1939) was an Irish poet, playwright, Nobel prize winner, and member of the Hermetic Order of the ...
Read More