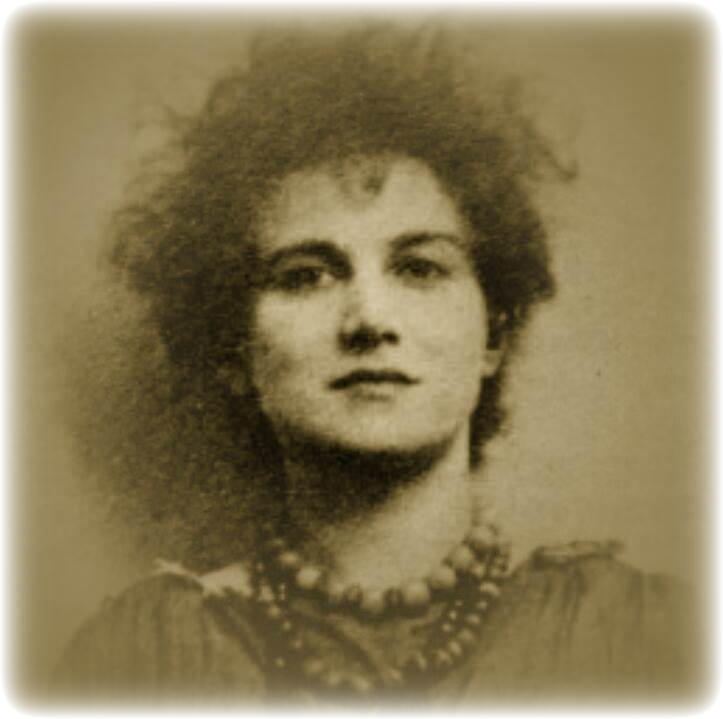 Moina Mathers (1865–1928) was an occultist, artist, wife of Samuel Liddell MacGregor Mathers, and influential member of the Hermetic Order of the Golden Dawn.

Moina Mathers was an eccentric and flamboyant personality. Mathers was born Mina Bergson on February 28, 1865, in Geneva, Switzerland. She was the fourth of seven children in a gifted but struggling Jewish-Irish family. Her father, Michel Gabriel Bergson, was a French musician, and her mother, Katherine Levison, was from Ireland. Her brother, Henri, became famous as a philosopher. When Mina was not quite three years old, her family moved to Paris in search of musical work for Michel. In 1873, the family moved to London.

Mina displayed an early talent for art and might have enjoyed a successful career as an artist had not the occult world intervened. In high school she met the wealthy tea heiress Annie Horniman and became one of her best friends.

In 1888, Mina met Mathers while at the British Museum where she was studying Egyptian art. She was instantly captivated by him and perceived him to be a true soulmate, her other half. Mathers had no steady income, and her family and Horniman disapproved of him, but Mina defied them and married Mathers on June 16, 1890, in the library of the Horniman Museum. To accommodate Mathers’s Scottish interests, Mina changed her first name to Moina.

From the beginning, Moina and Mathers agreed never to have sex, a promise which they kept. The reasons for this is not known; it is speculated that perhaps Moina had been abused early in life, and thus had a fear of, or aversion to, intercourse. The lack of sex did not seem to interfere in the relationship, which remained close and intimate in all other ways.

With the founding of the Golden Dawn in 1888, Moina surrendered her ambitions to be an artist and devoted her time and talent to the Order. At her Initiation, she took the Magical Motto Vestigia nulla retrorsum, “No traces behind” or “I never retrace my steps.” She designed furnishings for the temples in London and Paris, TAROT card designs, costume designs, and color scales. She painted the vaults where ceremonial Magic rites took place, including the famous vault recreating the legend of CHRISTIAN ROSENKREUTZ. Moina possessed abilities for mediumship and Scrying, and she used these abilities in teamwork with Mathers to produce materials for the order, especially the Rituals and teachings of the Second Order.

Self-assured, Moina proved to be a gifted magician and performed well in ceremonial rites, especially when she incarnated the presence of the High Priestess of Anari in the Isis Rites, composed partially by Mathers.

The Matherses had always lived on the edge of poverty, but by 1892, they could no longer afford even a poverty lifestyle in London. They moved to Paris where they could live more cheaply, supported by Horniman. In 1894, they established a Golden Dawn temple there. Their absence from London was a major factor in the ensuing disintegration of the order. Horniman became displeased with Mathers and cut off her financial support. Mathers died in Paris in 1918; Moina is said to have blamed both Psychic Attack from Aleister Crowley as a cause, as well as the drain of long-term contact with the nonphysical secret chiefs of the order.

Moina returned to London in 1919, where she established the Alpha et Omega Lodge, running it for nine years. She enlisted the help of a Frater X to continue her communication with the spirit planes, even though she now feared that it was at the risk of occult attack. Dion Fortune claimed that Moina practiced black magic and was responsible for murdering a woman, Netta Fornario; however, Moina predeceased Fornario by 18 months.

In 1926, a new edition of Mathers’s translation of the Kabbalah, The Kabbalah Unveiled, was published. Moina wrote the preface, in which she expressed “thanks to my occult masters, and the deepest gratitude to the memory of my husband, comrade and teacher, all of whom have shed much light upon my path.”

In her final years, Moina was destitute and discouraged. She attempted to revive her art career by painting portaits but was only modestly successful. Her health declined. Near the end she refused to eat. She died on July 25, 1928. 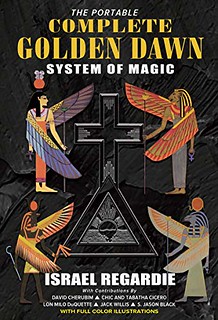