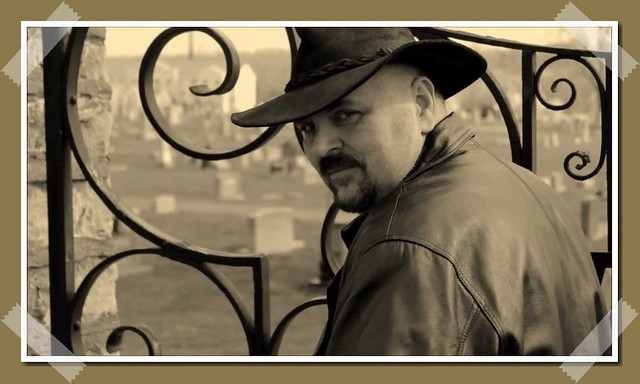 Keith Age, (1963– ) Paranormal researcher and founder of the Louisville Ghost Hunters Society of Louisville, Kentucky, one of the largest Ghost investigation groups in the United States. Keith Age is especially known for his extensive investigations of the Waverly Hills Sanatoriumin Louisville, where thousands of people died during a tuberculosis epidemic that swept the area in the 1920s.

Age was born on February 14, 1963, in Louisville to Warner Age, Jr., and Dorothy Huffman Age. His father worked as a millwright and his mother a homemaker. He was the second of two children; his brother, Kevin, is five years older. In 1981, Age graduated from Thomas Jefferson High School in Louisville and embarked on a career as a musician, which he has continued along with his paranormal work. Around 2000–2001, he formed his own group, Double Back, which plays a mix of rock, country, and other music. Age’s musical talents have earned him the nickname “The Rock and Roll Ghost Hunter,” bestowed on him by Jason Hawesof TAPS. Married and divorced twice, Age has two children, Dawn, born in 1983, and Jason, born in 1985.

Age formed the Louisville Ghost Hunters Society (LGHS) in 1996, at age 16, after a dramatic encounter with an active ghost in the house of a girlfriend. The ghost was Henry, the name of the man who had built the house in which the girl’s family lived. One night Age decided to challenge the ghost. He succeeded in rousing some energy, which showed itself and threw him through the front door onto the ground. From then on, Age was intrigued by the paranormal. He experienced other active phenomena from Henry, such as exploding food containers and Poltergeist effects. Age’s presence seemed to activate Henry. As he became involved in more investigations, this ability to stir up resident ghosts and entities has been borne out.

Age formed the LGHS with the purpose of bringing like-minded people together to share knowledge about the paranormal. At the time, he counted 38 ghost groups active on the Internet. Most of them ceased to exist over the course of time. Age’s personal approach to the paranormal is to look for hard evidence. He is not opposed to the use of psychics, but prefers to use technology as a means to document phenomena.

The LGHS started with 12 members; in 2006, there were 3,000 on the rolls, with about 70 of them active in investigations. The group receives hundreds of requests a year to investigate everything from benign hauntingsto situations involving malevolent and Demonic entities.

From 2000 to 2005, Age and the LGHS were active at Waverly, conducting tours and investigations and working to clean up the derelict property. Activity in the ruined hospital ranges from very little to violent. On three occasions, Age has been injured by flying bricks and pieces of cement debris that apparently were hurled at him by unseen forces.

In 2005, the group met filmmakers Philip and Christopher Saint Booth, who were on site at Waverly to shoot the film Death Tunnel (2006). They recorded unusual phenomena during the shooting, including Shadow People and Electronic Voice Phenomena(EVP), and consulted with Age and the LGHS.

That launched a series of paranormal documentaries called Spooked, produced by the Booth Brothers for Sci Fi Channel. The first show, The Ghosts of Waverly Hills Sanitorium, aired in 2006, followed by Children of the Grave in 2007. The second show introduced The League of Paranormal Gentlemen, comprised of Age, Troy Taylor, John Zaffis, and Rosemary Ellen Guiley. Age served as consultant for the first show and became host of the series for the second.

With Waverly Hills suddenly famous, paranormal investigators and curiosity seekers descended upon the place. The LGHS caseload swelled, and the group ceased its official activities with the sanitorium.

In 2006, Age began an investigation of another highly active site rivaling Waverly, the American Standard building in Louisville. American Standard is the manufacturer of toilets. The four-story building is mostly empty and deteriorated, with only several businesses occupying the first floor. The paranormal activity there is often playful with investigators. Numerous EVP recordings have been taken there, and the team has videotaped poltergeist movements of an aluminum can, which flipped over on its own and rolled against the grain of the floor.

Age sees different levels of reality in hauntings: Some are due to the intense wishes of the living for a place to be haunted (see ThoughtformS); some are due to stuck souls who can’t or won’t move on; some are caused by mischievous presences, including nonhuman entities; and some are Demonic Possessions. In 2000, Age participated in a full Exorcism involving a young boy who exhibited major signs of possession: speaking in tongues, supernormal strength, unnatural bending of limbs, and severe Poltergeist damage to his room. Age served as witness and also to check against fraud.