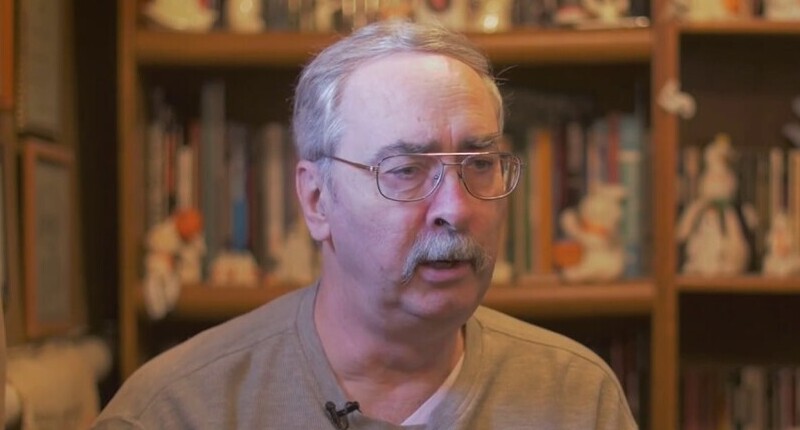 Dale Kaczmarek was born in Chicago on December 19, 1952. He graduated from high school and later served in the U.S. Army from 1972 to 1974. While stationed at Fort Polk, Louisiana, he attended the University of Louisiana-Natchitoches. Following his discharge, he returned to the Chicago area. He holds a position with Certified Grocers Midwest and lives in Oak Lawn, Illinois, a suburb of Chicago, with his wife, née Ruth Bosley, whom he married in 1992.

Kaczmarek’s early childhood interest in the paranormal was further stimulated by his army post as a chaplain’s assistant, which brought him into contact with diverse spiritual beliefs and views. After returning to Chicago, he attended numerous lectures and programs on the paranormal and began his own investigation in 1975. He met Martin V. Riccardo, founder of the Ghost Tracker’s Club, and joined it as research director in 1978. The organization’s name was changed in 1981 to the Ghost Research Society. Since 1982, he has served as president of the GRS, as well as editor of its journal, The Ghost Tracker’s Newsletter, now in electronic format.

Kaczmarek investigates reports of Hauntings by Ghosts and Poltergeists, primarily in the Midwest but also throughout the United States. He has devoted particular attention to Ghost Lights, also known as spook lights, and is an expert on Spirit Photography. He owns one of the world’s largest collections of spirit and anomalous photographs, as well as Electronic Voice Phenomena from sites said to be haunted.

Kaczmarek believes that “there is much evidence to support the theory of life after death and survival of the soul. Not only is there the physical proof such as EVPs, still and video evidence, and file upon file of sworn affi davits from people who have encountered spirits, but I have had my share of events that cannot be easily explained away.” His personal goal is to find proof of Survival After Death and ghosts through Paranormal Investigation and study. He has a two-fold definition of ghosts, dividing them into categories of ghosts and Apparitions:

• Ghosts include the disembodied spirits of once-living persons, as well as phantom replays of events. Ghosts manifest as sounds, smells, tactile sensations, and images that have no recognizable forms, such as streaks of light, cloudy patches, and balls of light. The phantom replays are lingering vibrations of events in certain locations that can be sensed by certain people under as-yet-unknown conditions. Neither ghosts nor phantom replays have any intelligent center and cannot engage in interactive communication. Most hauntings fall into this category.

• Apparitions are the recognizable and often lifelike forms of humans, animals, and objects. Human and animal apparitions are earthbound spirits, and mediumistic communication with them is possible; human apparitions can engage in interactive communication. Kaczmarek acknowledges that it is difficult to eliminate the possibility of ThoughtformS— the coalesced projections of the thoughts and emotions among the living—that a psychic or Medium might receive and attribute to a ghost.

Kaczmarek believes that poltergeists are not nonphysical entities, but are the “psychic explosions” of human agents, most likely females from adolescence to late teens. Poltergeist phenomena, such as rappings, movement of objects, and Apports, also occur in some hauntings and are attached to a site.

Evidence should be obtained by recorders and cameras and evaluated with care, says Kaczmarek. He is highly skeptical of ORBS caught on film and digital cameras and video camcorders, believing the majority of them to be due to natural causes.

Of EVP, he observes that ghosts often manifest in this manner. “However, because of possible background noise and talking and even outright fraud, most EVPs are viewed by me with ‘a grain of salt,’ as there are so many natural sounds and background talking that could be mistaken for real EVPs. However, under proper recording conditions, fresh audiotape, and silence in the background, paranormal voices caught on audiotape or digital recorders can be valuable evidence for the existence of ghosts and life after death.” (See Gettysburg Battlefield.)

Kaczmarek is the author of Windy City Ghosts: The Haunted History of Chicago (2000; 2004); A Field Guide to Spirit Photography (2002); Illuminating the Darkness: The Mystery of Spook Lights (2003); and Windy City Ghosts II (2006). Kaczmarek’s first three books were published by the American Ghost Society. In 2004, Kaczmarek founded the Ghost Research Society Press and took over publication of his books and books by others, among them paranormal investigator Jim Graczyk.. Kaczmarek contributed to True Tales of the Unknown: The Uninvited Volume 2 (1989) and Dead Zones (1992).