The inspiration for the film starring Anthony Hopkins, journalist Matt Baglio uses the astonishing story of one American priest’s training as an exorcist to reveal that the phenomena of possession, demons, the Devil, and exorcism are not merely a remnant of the archaic past, but remain a fearsome power in many people’s lives even today.

Father Gary Thomas was working as a parish priest in California when he was asked by his bishop to travel to Rome for training in the rite of exorcism. Though initially surprised, and slightly reluctant, he accepted this call, and enrolled in a new exorcism course at a Vatican-affiliated university, which taught him, among other things, how to distinguish between a genuine possession and mental illness. Eventually he would go on to participate in more than eighty exorcisms as an apprentice to a veteran Italian exorcist. His experiences profoundly changed the way he viewed the spiritual world, and as he moved from rational skeptic to practicing exorcist he came to understand the battle between good and evil in a whole new light. Journalist Matt Baglio had full access to Father Gary over the course of his training, and much of what he learned defies explanation.

The Rite provides fascinating vignettes from the lives of exorcists and people possessed by demons, including firsthand accounts of exorcists at work casting out demons, culminating in Father Gary’s own confrontations with the Devil. Baglio also traces the history of exorcism, revealing its rites and rituals, explaining what the Catholic Church really teaches about demonic possession, and delving into such related topics as the hierarchy of angels and demons, satanic cults, black masses, curses, and the various theories used by modern scientists and anthropologists who seek to quantify such phenomena.

Written with an investigative eye that will captivate both skeptics and believers alike, The Rite shows that the truth about demonic possession is not only stranger than fiction, but also far more chilling. 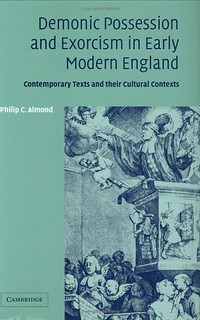