Freemasonry is  a fraternal organization that bases its principles and teachings on many great streams of philosophical wisdom and incorporates a system of degrees that emulates the ancient mystery schools of the historical golden periods of Egypt, Israel, and Greece. Freemasonry’s mysteries incorporate these ancient philosophic teachings, along with lore of the building of King Solomon’s temple (see Solomon), as described in the Holy Bible, which Freemasonry refers to as the “Sacred Volume of Law.” The rituals of the York Rite, which include the first three degrees, known as the Blue Lodge, are allegorically based on the building and sacred construction of Solomon’s temple.

Freemasonry is also called the Brotherhood or the Craft, the latter of which encompasses the skilled process of transforming one’s soul or temple into a work befitting a Master Mason. Achieving the higher degrees of Freemasonry Demonstrates that the Mason has sought esoteric knowledge and enlightenment. In present times, there are different Grand Lodges, or organizational Orders of Freemasonry. There are several different Orders, Organizations, or Grand Lodges of Speculative Masonry that are designated for men only, but there are also co-Masonic organizations that foster both men’s and women’s membership in the Masonic lodge. Several small Freemasonic Grand Lodges or organizations have only women for their membership.

Researchers of Freemasonry do not agree on its origins. There are three main theories:

• Freemasonry originated in ancient Egypt. Freemasonic symbol s, tools, and implements have been found in ruins and temples. One of the best examples is that of the obelisk, “Cleopatra’s Needle,” which is in New York City’s Central Park. When it was excavated for transport to the United States, the symbolic working tools of a Master Mason—the square, compass, plumb, level, and master apron— were found buried beneath it.

• Modern Speculative Freemasonry may have descended or found inspiration from the operative builder and stone craft guilds of the Middle Ages. The operational mason guilds had an organizational structure that could be a foundation for modern speculative freemasonry, but the individuals who formed the modern Grand Lodges generally had great learning and education and were leading citizens. Many of them were founding members of or played a part in the Royal Society, which is beyond operative guilds.

Whatever the exact origins, Masonry is connected to building. Architects and builders traditionally occupied places of honor in societies dating back to those that constructed the pyramids of Egypt and the temples and monuments of Greece and Rome. To erect a building symbolized creation and the glorification of the gods. To the ancient builders, King Solomon’s temple exemplified all the knowledge and talent of their craft. The legends of the temple’s construction and its proportions form the cornerstone of Masonry, but avoiding any Judaic or Christian overtones, the story concentrates on Hiram Abiff, the builder/architect.

In I Kings 7:13–45, the Bible related that King Hiram of Tyre sent a man who was highly skilled in bronze work, also named Hiram, to make all the pillars, vessels, and decorative objects for the temple. This story was repeated in II Chronicles 2:13, but Hiram’s talents expanded to work in gold, silver, iron, wood, engraving, and textiles. The biblical accounts ended there, but in Masonry the story concluded with Hiram Abiff’s murder at the hands of three workmen when he would not divulge the secret Name of God hidden in the temple structure. Ritually, petitioners “die” as Hiram died and are reborn in Masonry.

The philosopher and Freemason Manly P. Hall compared the Hiramic legend to the death and dismemberment of Osiris by Set and the resurrection of Osiris by Isis (although she never could find his phallus) to the search for the lost Name of God. The secrets of the Egyptian mystery schools provided a foundation for Freemasonry as they had for Rosicrucianism. Followers of the Isis cult were called “widow’s sons,” and Masons are called “sons of the widow.”

Muslims maintained that the builders of King Solomon’s temple were not Jews but Sufi mystics who incorporated the holy Word of God into the temple measurements, making Masonry Arabic in origin. If so, then the first man to introduce Masonry to the West was Saxon king Aethelstan (894–939), who brought the society to England after studying with the Spanish Moors.

None of these accounts can be proven, however. What is true is that itinerant master builders and masons traveled across Europe in the Middle Ages seeking work. Often illiterate, these craftsworkers hired local labor and communicated the necessary instructions by means of crude drawings and universally accepted proportions to ensure that the height and length of walls and roofs could be adequately supported. This knowledge was especially important in the construction of cathedrals, which by the 12th century had become soaring monuments to God with flying buttresses, windows, towers, and other Gothic details. To protect the builders’ knowledge, craft guilds formed with strict rules regarding contracts, wage scales, work hours and seasons, support by those commissioning the work, advancement, and apprenticeships. Additionally, guild members were required to be devout. The builders’ secret wisdom was often passed down orally to the next generation. How these craft guilds began to accept unskilled, or speculative, members remains a mystery, but eventually those with more interest in the study of the secrets than in the construction of buildings became the majority. The guilds may have been covers for more esoteric pursuits or those with radical political or religious leanings.

Masonic historians consider Elias Ashmole, a 17thcentury astrologer, antiquarian, and officer of the Restoration court of Charles II, to have introduced Freemasonry into England. Ashmole studied alchemy, Rosicrucian philosophy, and the kabbalah; he shared his age’s fascination with scientific experiment and was friends with Sir Francis Bacon and the other founders of the Royal Society. Ashmole’s diary recorded his initiation in 1646, by which time there were hardly any actual craftsworkers left in Masonry.

By the 18th century, nearly every public house and tavern in England and Scotland hosted a Masonic lodge. To standardize ritual, four London lodges merged in 1717 to become the Grand Lodge of England, with Anthony Sayer as its first Grand Master. Between 1751 and 1753, Scottish and Irish Freemasons separated from the Grand Lodge and founded the Antient Grand Lodge, but both groups merged again in 1813 as the United Grand Lodge of England.

Freemasonry attracted royalty and commoners alike. The king of England serves as grand patron, although Queen Elizabeth II is the grand patroness. Wolfgang Amadeus Mozart was a Mason and incorporated Masonic and Rosicrucian symbolism into his opera The Magic Flute. Christopher Wren, architect of St. Paul’s Cathedral in London, was most likely a member, as was Sir Francis Bacon. Nearly all the intelligentsia of 18th-century Europe— including the Comte de Saint Germain—belonged to a lodge, often pursuing the higher esoteric degrees. British Masonry functions much like an old school network, with strong ties to the brotherhood in law, jurisprudence, police, government, and the armed forces. Winston Churchill was a Freemason.

Eight signatories of the Declaration of Independence— including Benjamin Franklin and John Hancock—were Masons, leading proponents of the craft to give Freemasonry credit as a spiritual foundation of the United States. George Washington joined the Brotherhood in 1752, but not wanting to be identified in any way with an English monarch declined the position of leader of all Freemasonry in the United States; consequently, each state has a Grand Lodge and a Grand Chapter. Washington’s aide, the Marquis de Lafayette, was a Mason, as were Presidents Madison, Monroe, Jackson, Polk, Buchanan, Andrew Johnson, Garfield, McKinley, Theodore Roosevelt, Taft, Harding, Franklin Roosevelt, Truman, Lyndon Johnson, Ford, Reagan, George H. W. Bush, Clinton, and George W. Bush. Former perennial Democratic candidate Adlai Stevenson was a Freemason, as was Vice President Hubert Humphrey. More recently, Vice Presidents Al Gore and Dick Cheney are “widow’s sons,” as are former senators Bob Dole and Jack Kemp and Secretary of State Gen. Colin Powell.

• an organization composed of three grades: Entered Apprentice, Fellow of the Craft, and Master Mason

• a chapter unit called a lodge

• histories of the brotherhood contained in about 100 manuscripts called the Old Charges, particularly the Regis Manuscript (1390)

• a tradition of fraternal and benevolent relations among members

• a thorough grounding in Christianity

But by 1723 all references to Christianity—or any other organized religion—had been removed. Members were required to believe in a Supreme Being, who became known as “The Great Architect of the Universe,” or T.G.A.O.T.U.

The tools of the builder’s craft are the symbols of Masonry: the square, the compass, the plumb line, and the level. Members wear white leather builders’ aprons. The order’s colors are blue and gold, and the capital letter G within the compass most likely means God. The floors of meeting lodges or temples are black-and-white checkered to represent man’s dual nature. Masonic symbolism also uses the Great Pyramid of Giza, always drawn with a flat top to represent man’s incompleteness and showing only 72 stones—a number that equates to the 72 combinations of the four-letter secret Name of God (called the Tetragrammaton, or YHVH in Hebrew). Floating above the pyramid is the All-Seeing Eye of God, also associated with the Egyptian god Horus. America’s Masonic Founding Fathers placed the Pyramid of Giza and the All-Seeing Eye of Horus on the one-dollar bill and the reverse of the Great Seal of the United States.

Members of the Ancient Grand Lodge added a fourth degree, the Holy Royal Arch, but after reunification with the Grand Lodge in 1813 the Holy Royal Arch became an “exalted” level of Master Mason. Holders of the Holy Royal Arch claim intense spiritual consciousness and oneness with the Great Architect. They no longer belong to a Lodge but affiliate with a Chapter, which is overseen by a Grand Chapter. Exalted Master Masons may remain at that level or strive for true mystic union by pursuing the Ancient and Accepted Rite of the 33rd Degree. A Supreme Council administers these degrees; in the United States, the Supreme Council in Charleston, South Carolina, awards each level separately. In Britain, degrees four through 17 are bestowed with 18 and then 19 through 29 with 30. Awarded individually are 31, 32, and 33. Some of the degree names cross over into Rosicrucianism.

General Controversy and the Popular Imagination

The Catholic Church takes the structure of Freemasonry very seriously, forbidding membership by any Catholic. The Vatican issued its first papal condemnation in 1738, decreeing excommunication for any Catholic Freemason. Many Catholics were originally Masons, including Vatican prelates, and church officials often turned a blind eye, especially in England. The Greek Orthodox Church condemned Masonry in 1933 as a heathen mystery religion. Stephen Knight, author of Operative Masonry, claimed that during the ritual for the Holy Royal Arch candidates learn the secret name of God—Jahbulon: Jah for Yahweh, Bul for the Canaanite fertility god Baal, and On for Osiris. Such references, he contended, proved devil worship.

Freemasonry, as well as Rosicrucianism, received a boost in popularity with the 2003 international bestselling novel The Da Vinci Code. Author Dan Brown ties Rosicrucianism and Freemasonry to the legends of the so-called Priory of Sion, a secret order descended from the lost Knights Templar, to prove that Mary Magdalene is the real holy grail . 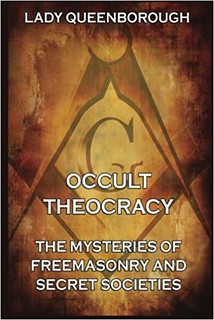 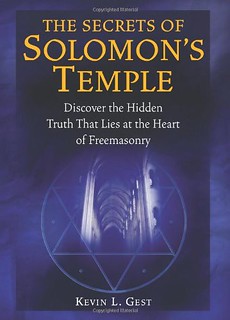 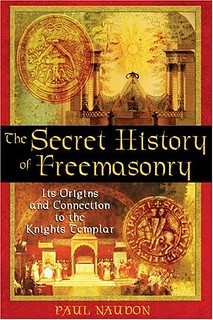 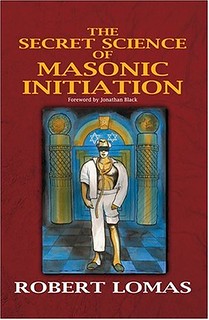 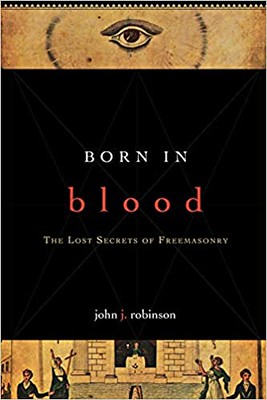