“I conjure thee, Oh BOOK to be useful and profitable unto all those who shall read thee for success in their affairs.” ~ Conjuration for the Book, Grimoire of Pope Honorius

The Grimoire of Pope Honorius is the first and most important of the French ‘black magic’ grimoires which proliferated across Europe in the 17th-19th centuries. Combining a grimoire of conjurations to demons of the four directions and seven days of the week with a Book of Secrets full of simple charms, the Grimoire of Pope Honorius was second only to the Key of Solomon in the influence it exerted on magicians, charmers and cunning-folk in both rural and urban France.

This grimoire also played a role in social events which rocked France, being used in the Affair of the Poisons which scandalised the French royal court in 1679, and by the young priest who assassinated the archbishop of Paris in 1857. The Complete Grimoire of Pope Honorius contains material translated from all four of the different French editions of the Grimoire of Pope Honorius, including the complete text of one manuscript version never before seen in English (Wellcome 4666), and a new translation of the later corrupted German version of 1845.

All of the material and its variations found in the five different editions of the Grimoire of Pope Honorius is contained in this work, presenting the entire corpus of this grimoire in print for the first time. In addition to tracing much of the material to sources such as the Heptameron, the works of Agrippa and earlier religious texts for the first time, the derivation of much of the material into later grimoires including the Grimorium Verum, the Grand Grimoire/Red Dragon and the Black Dragon is clearly demonstrated. As well as charms for health, wealth, sex and protection, the Grimoire of Pope Honorius also contains a substantial number of agrarian charms by the Norman magician Guidon for protecting livestock, emphasising the popular rural use of such charms until at least the 19th century.

The corpus of charms comes from diverse sources, including Scot’s Discoverie of Witchcraft (1584), and some like the Letter of St Anthony can be dated back to at least the 13th century. Including numerous illustrations, and tables tracing the derivation of the material through the different editions and into other grimoires, the Complete Grimoire of Pope Honorius demonstrates the versatility and significance of this grimoire, cutting past outdated misperceptions to a viewpoint which reflects more accurately the position of the Grimoire of Pope Honorius in the development of magic since the seventeenth century. 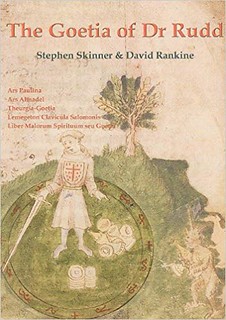 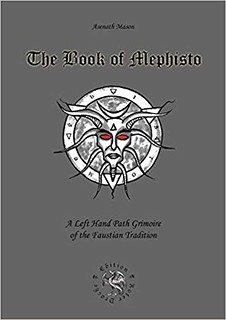 Back to Grimoires Library