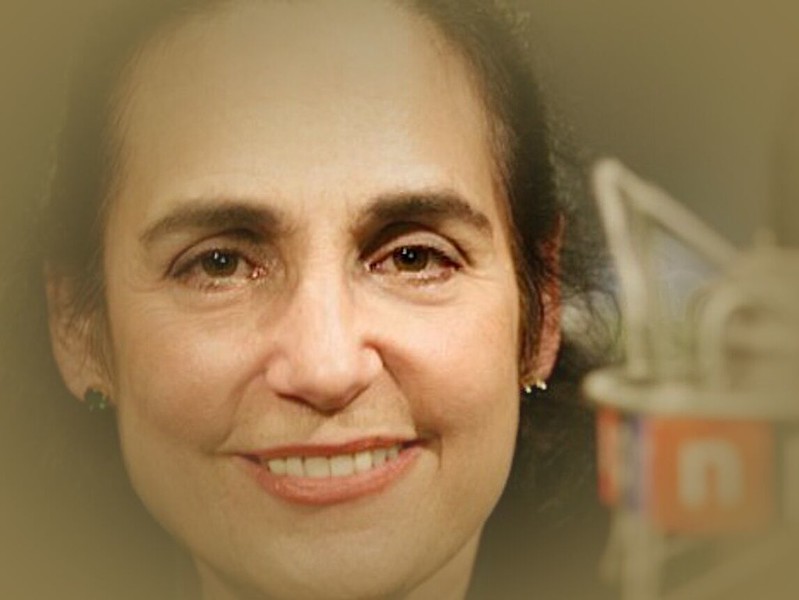 Margot Adler (1946–2014 ) was an American Pagan, author and journalist, Adler was the first writer to chronicle in detail the emergence and evolution of Paganism in the United States. The results of her research, Drawing Down the Moon (1979; 1986; 1995), make up a meticulous landmark study of a highly complex and diversified religious movement.

Adler’s interest in Paganism began with an early fascination with ancient Greek Deities. Born April 16, 1946, in Little Rock, Arkansas, she grew up in New York City as the only child in a nonreligious household: her father was an atheist and her mother a Jewish agnostic. Psychiatry was a significant influence: her father and an aunt are psychiatrists; her grandfather was renowned psychiatrist Alfred Adler. Her mother was a radical educator.

At age 12, Adler became acquainted at grammar school with the pantheon of ancient Greek deities. She was particularly drawn to Artemis and Athena for their images of strength and power.

While a student at the High School of music and Art, Adler made a religious search, visiting different churches. She was attracted to the Quakers and their practice of speaking from the heart, and to the moving, ritual splendour of Catholic mass in Latin.

Religion then took a back seat to politics for a few years. From 1964 to 1968, Adler attended the University of California at Berkeley, where she earned a bachelor’s degree in political science and became increasingly involved in political activities. She participated in the Free Speech Movement and was jailed for Demonstrating. She helped to register black voters in civil rights activities in Mississippi in 1965. She was an activist against the Vietnam War, and Demonstrated at the Democratic convention in Chicago in 1968.

In 1968, she entered broadcast journalism, first as a volunteer for the radical/alternative radio stations in Berkeley and New York owned by the Pacifica Foundation. From 1969 to 1970, she earned a master’s degree in journalism from the Graduate School of Journalism at Columbia University in New York and then went to work for WBAI, Pacifica’s station in Manhattan. In 1971, WBAI sent Adler to Washington, D.C., to manage its news bureau operation there.

In Washington, politics and religion came together for Adler. She devoted extensive coverage to environmental issues, which stimulated her interest in nature writers such as Thoreau. She saw a connection between environmental issues and religion: the Judeo/Christian view that it is humans’ right to have dominion over the earth seemed flawed and had led to exploitation of nature and the earth. In contrast, Paganism and animistic religions viewed humankind as a part of nature equal with all other creatures and parts.

On a trip to England, Adler investigated the history of the Druids, and in the process discovered numerous Pagan organizations. She subscribed to The Waxing Moon, which led to her introduction to Witchcraft and Wicca.

WBAI relocated Adler back to New York, where she worked as a producer and then hosted her own live program, Hour of the Wolf, which aired for two hours in the early morning five days a week. Her show dealt with cutting edges in such topics as politics, women’s issues, the arts, ecology and religion. She hosted two other radio shows: Unstuck in Time and The Far Side of the Moon.

She received a letter from two Witches in Essex, England, who were selling tapes of rituals to Waxing Moon subscribers. At first, the idea of Witchcraft rituals on tape struck Adler as a joke. She replied that she might air them on her radio program.

The first tape she received was of the Drawing Down the Moon ritual and the Charge of the Goddess. It evoked childhood memories of beautiful Greek goddesses, and in a powerful moment, Adler realized that the idea of becoming the Goddess as an empowering image was not only permissible but was being done by others. She began to search for such people.

In the early 1970s, contemporary Witchcraft was rapidly gaining adherents in the United States. Imported from England under the aegis of Raymond Buckland and Rosemary Buckland, followers of Gerald B. Gardner, the Craft was modified by numerous American covens. Adler joined a study group in Brooklyn run by the New York Coven of Welsh Traditional Witches.

Another group hived off from that coven to observe the Gardnerian tradition, and Adler followed. She was initiated as a first degree Gardnerian priestess in 1973. Adler stayed in the coven about three years, then moved off in new directions. She formed a Pagan Way grove in Manhattan, which became an informal recruiting centre for persons interested in Witchcraft and Paganism.

A friend introduced Adler to New York literary agent Jane Rotrosen, who suggested writing a book. Adler was uncertain at first, then realized she was “on a nexus point . . . standing on a crack in the universe.” The time for such a book was right. With Rotrosen’s help, Adler developed and sold a proposal. She spent three years researching and writing Drawing Down the Moon.

She travelled around the country, interviewing about 100 persons and groups involved in the Pagan/Wiccan communities. Originally, she intended to include Britain in her survey, but British groups and individuals proved reluctant to participate. To her surprise, Adler discovered that the Pagan movement is not what she had imagined: an integrated spiritual movement with environmental concerns. Some segments did fit that image, while others were radically different.

A decade later, the movement had become much more integrated and concerned with ecological issues, in part, perhaps, due to the influence of books by Adler and Starhawk. Adler also was the first to note the connection between the revival of Wicca and the women’s spirituality movement.

In later editions of Drawing Down the Moon, she chronicled the growing number of Pagans who entered the Unitarian Universalist churches. For some 10 years, she was on the board of directors of CUUPS, the Covenant of Unitarian Universalist Pagans. Though she acknowledges that she is a Witch in the Wiccan religion, Adler prefers to call herself a Pagan.

She feels the term Witch has so many negative associations that it may never be reclaimed as a term of female power and independence. Furthermore, what is now practised as “Witchcraft” has nothing to do with the heretical “witchcraft” of the Inquisition.

In 1977, two years into the book project, Adler left WBAI. Upon completing Drawing Down the Moon, she worked as a freelance reporter for National Public Radio (NPR) in Manhattan, then joined the NPR staff in 1979. She was a priestess of a Gardnerian coven for five years until 1981, when she was awarded a prestigious one-year Neiman fellowship to Harvard University. Following the Neiman, she returned to NPR in New York, but did not rejoin a coven or pagan group.

On June 19, 1988, Adler married her longtime companion, Dr. John Gliedman, in a handfasting held outdoors on Martha's Vineyard, Massachusetts. Selena Fox officiated at the legal ceremony, conducted within a magic circle made of flowers and greens. Adler and Gliedman then jumped the broom, according to tradition. A reception followed. The wedding was the first Wiccan handfasting to be written up in the society pages of the New York Times. A son, Alexander Gliedman-Adler, was born in 1990.

In 1997, her book Heretic’s Heart: A Journey Through Spirit & Revolution was published. It chronicles her upbringing as a “red diaper baby” and her involvement in the radical issues and movements of the 1960s, including the emergence of Paganism. Adler sees that period more as a ferment of ideas and ideals and of creative risk-taking rather than as an indulgent drug-and-sex party portrayed by most media. Heretic’s Heart also includes perhaps the only known correspondence between a radical student in Berkeley and an American soldier in Vietnam.

Adler is chief of the New York bureau of NPR. She is a correspondent for All Things Considered and Morning Edition and hosts Justice Talking, a national show on constitutional issues. She presents lectures and workshops, represents Paganism and women’s spirituality at conferences and leads rituals at gatherings. She has especially emphasized the importance of Ritual, not only as part of worship and rites of passage, but as an important way for the human soul to commune with and understand creation.