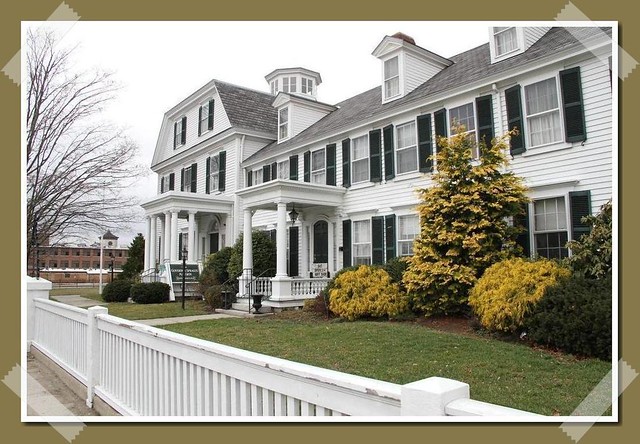 What, or who, is haunting Sprague Mansion? For many years, this large and stately mansion, now the home of the Cranston Historical Society, has had a reputation for being plagued by unexplained phenomena.

Many visitors have reported hearing footsteps or seeing an astral presence. The apparition is often observed or heard descending the main staircase, or is felt as a passing breath of icy air. The wine cellar also has been a site of frightening occurrences, including the appearance of inexplicable orbs in photograph after photograph.

Likely candidates for these hauntings are plentiful. Until several years ago, many believed that the ghost was that of John Gordon, convicted murderer of Amasa Sprague and the last person executed in the state of Rhode Island.

Amasa Sprague, a businessman and manufacturer from a politically powerful family, left his Cranston mansion one day in December 1843 to travel to Johnston. The following morning, his bludgeoned body (he had also been shot in the wrist and bitten by a dog) was found beside the road, almost within sight of his mansion.

Gordon, an Irish immigrant and employee at the mansion, had been seen arguing with Sprague the day he was killed. Gordon was tried, found guilty of murder on the basis of circumstantial evidence, and hanged in 1845. Evidence later came to light that cast serious doubt on his guilt.

Public indignation following John Gordon’s execution led to legislation abolishing capital punishment in Rhode Island. Although the actual killer was never found, some scholars now believe that Amasa’s brother, William, was behind the deed. Besides Gordon and Amasa Sprague himself, other suggestions have included Amasa’s father, William Sprague II, who died after a chicken bone lodged in his throat during a family breakfast; Kate Chase Sprague (daughter of Lincoln’s Treasury Secretary and United States Supreme Court Chief Justice Salmon P. Chase, and wife of Amasa’s son, Governor William Sprague IV), who lost her reputation and her beauty as she frittered away a fortune and died destitute and insane; and Kate’s ne’er-do-well son, William Sprague V, who committed suicide while unemployed in Seattle in 1890.

Another addition to the possible uneasy souls connected to Sprague Mansion was revealed in 1968. A Séance held by a Brown University student who lived in the mansion as a caretaker revealed the agitated spirit of Charles, the mansion’s livein butler during the 1880s.

He had expected his daughter to marry one of the owner’s sons (by then, the Sprague family’s business had collapsed and they had moved out). Charlie’s anticipated inheritance evaporated when the son married someone else. The Séance climaxed when the Ouija began to move violently, spelling, “My land! My land! My land!” When the spirit was asked what it needed to be at peace, it responded, “Tell my story.” Lydia Rapoza, the curator at Sprague Mansion, said that Charlie’s ghost was trapped in the small “doll room” off the stair landing when a connector was erected between the original house (c. 1790) and the addition (1864), walling off what had been the servants’ quarters.

The history of the mansion suggests that, throughout the 19th century, those associated with Sprague Mansion seemed to have more than their share of misfortunes and tortured personalities. Perhaps enough to create a host of restless souls.