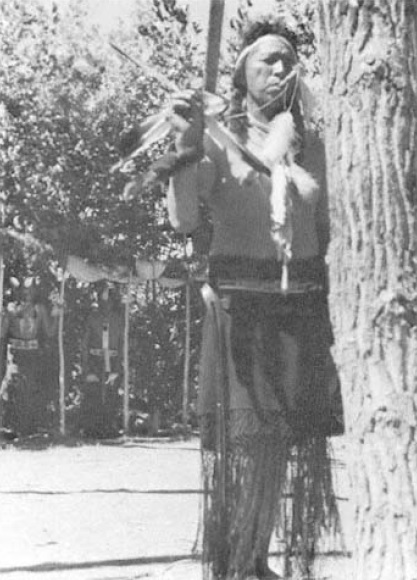 John Truhujo (c. 1883–1985) – Shoshone (Native American) medicine man and Sun Dance chief who was elected and aided by Seven Arrows (chief of the Little People, a group of other-than-human persons who live inside mountains) and initiated Thomas Yellowtail (of the Crow) to reintroduce the Sun Dance to his people. His biography is a significant part of Fred Vogt’s account of The Shoshoni-Crow Sun Dance (1984). In Yellowtail’s biography (as told to Michael Oren), Truhujo is called Trehero, and there is some debate about his birthdate.

A Little Bit of Shamanism : An Introduction to Shamanic Journeying – Ana Campos